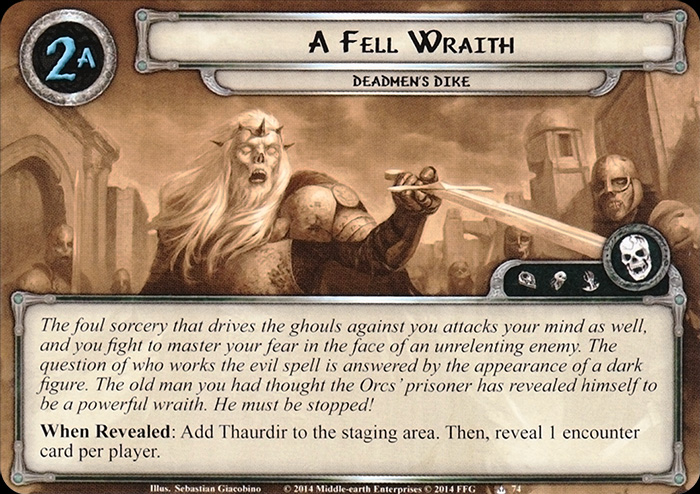 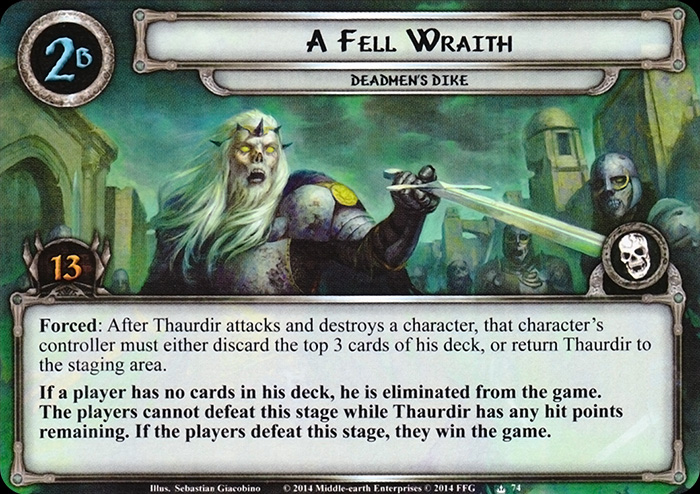 The foul sorcery that drives the ghouls against you attacks your mind as well, and you fight to master your fear in the face of an unrelenting enemy. The question of who works the evil spell is answered by the appearance of a dark figure. The old man you had thought to be the Orcs' prisoner has revealed himself to be a powerful wraith. He must be stopped!

When Revealed: Add Thaurdir to the staging area. Then, reveal 1 encounter card per player.

Forced: After Thaurdir attacks and destroys a character, that character's controller must either discard the top 3 cards of his deck, or return Thaurdir to the staging area.