A Final Proving
Trial Upon the Marches#216 (x1) 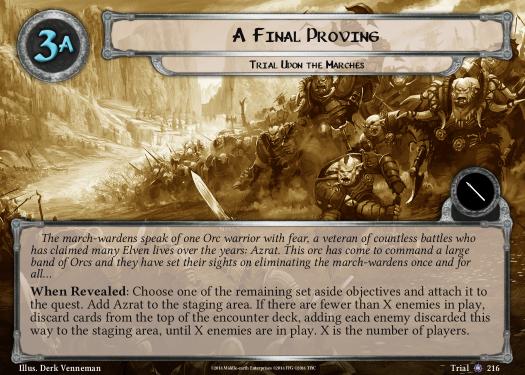 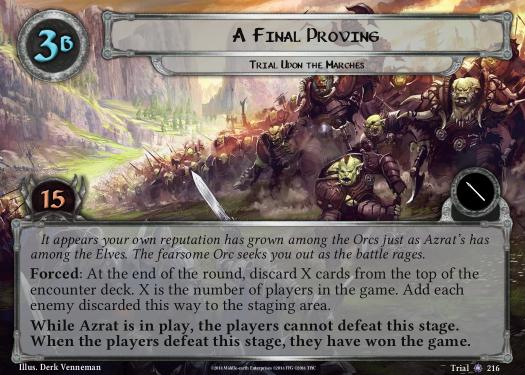 3A-B (15)
When Revealed: Choose one of the remaining set aside objective and attach it to the quest. Add Azrat to the staging area. If there are fewer than X enemies in play, discard cards from the top of the encounter deck, add each enemy discarded this way to the staging area, until X enemies are in play. X is the number of players.


The march-wardens speak of one Orc warrior with fear, a veteran of countless battles who has claimed many Elven lives over the years: Azrat. This orc has come to command a large band of Orcs and they have set their sights on eliminating the march-wardens once and for all...

Forced: At the end of the round, discard X cards from the top of the encounter deck. X is the number of players in the game. Add each enemy discarded this way to the staging area.

It appears your own reputation has grown among the Orcs just as Azrat's has among the Elves. The fearsome Orc seeks you out as the battle rages.