A Shortcut to Mushrooms
The Black Riders#23 (x1) 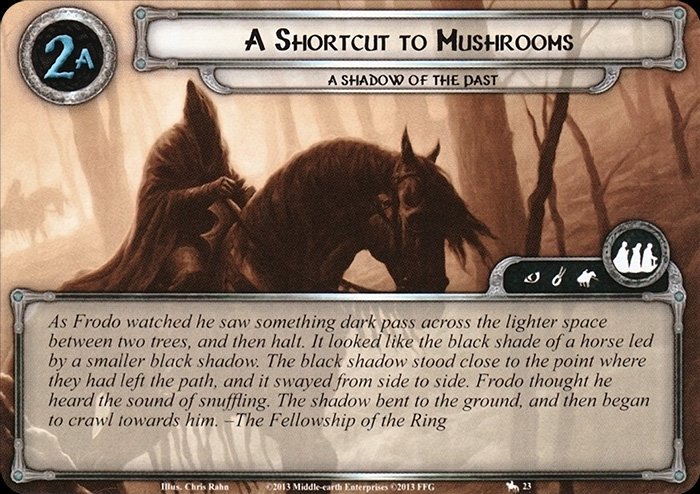 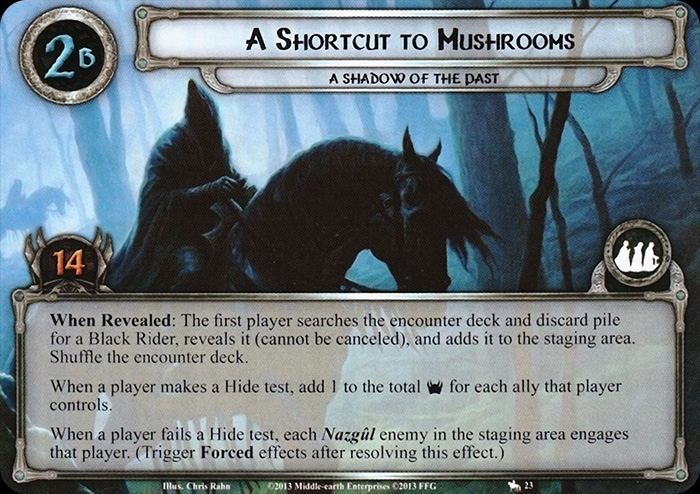 2A-B (14)
As Frodo watched he saw something dark pass across the lighter space between two trees, and then halt. It looked like the black shade of a horse led by a smaller black shadow. The black shadow stood close to the point where they had left the path, and it swayed from side to side. Frodo thought he heard the sound of snuffling. The shadow bent to the ground, and then began to crawl towards him. –The Fellowship of the Ring

When a player makes a Hide test, add 1 to the total

for each ally that player controls.

When a player fails a Hide test, each Nazgûl enemy in the staging area engages that player. (Trigger Forced effects after resolving this effect.)