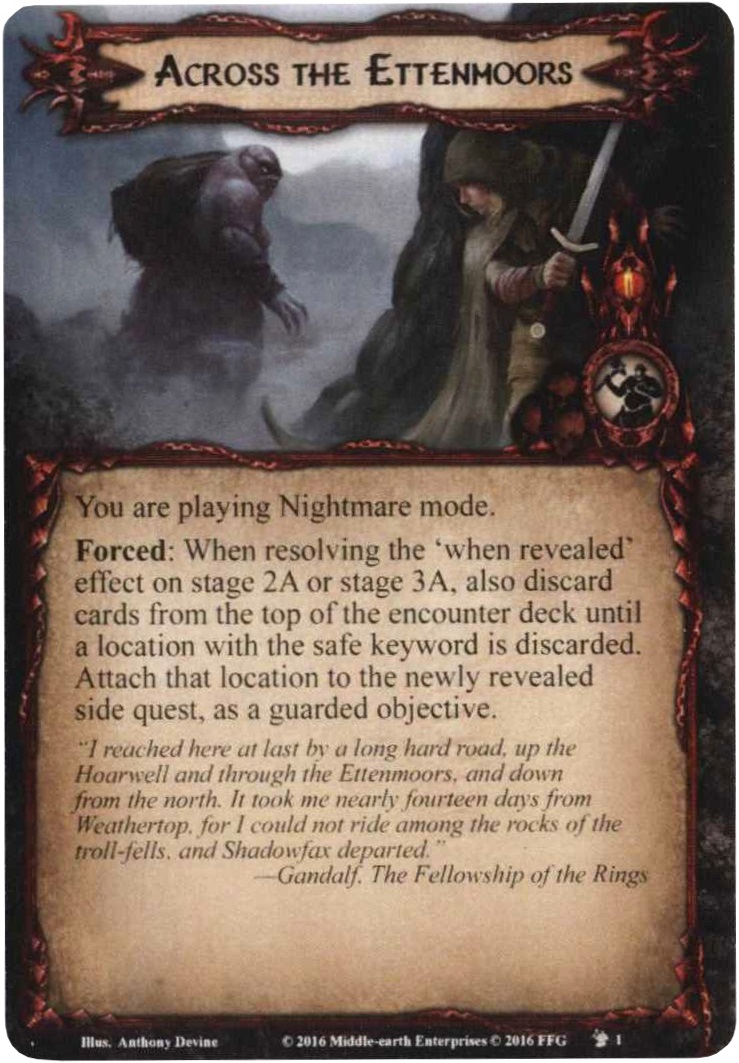 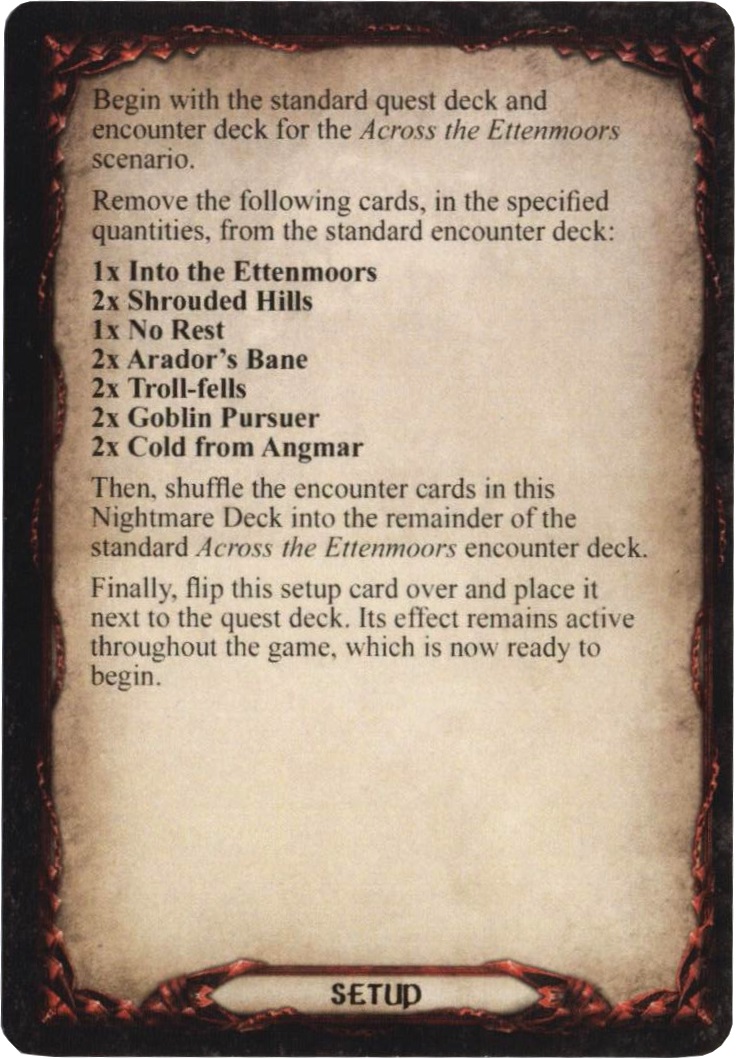 Forced: When resolving the 'when revealed' effect on stage 2A or stage 3A, also discard cards from the top of the encounter deck until a location with the safe keyword is discarded. Attach that location to the newly revealed side quest, as a guarded objective.


"I reached here at last by a long hard road, up the Hoarwell and through the Ettenmoors, and down from the north. It took me nearly fourteen days from Weathertop, for I could not ride among the rocks of the troll-fells, and Shadowfax departed."
-Gandalf, The Fellowship of the Ring

Begin with the standard quest deck and encounter deck for the Across the Ettenmoors scenario.

Then, shuffle the encounter cards in this Nightmare Deck into the remainder of the standard Across the Ettenmoors encounter deck.