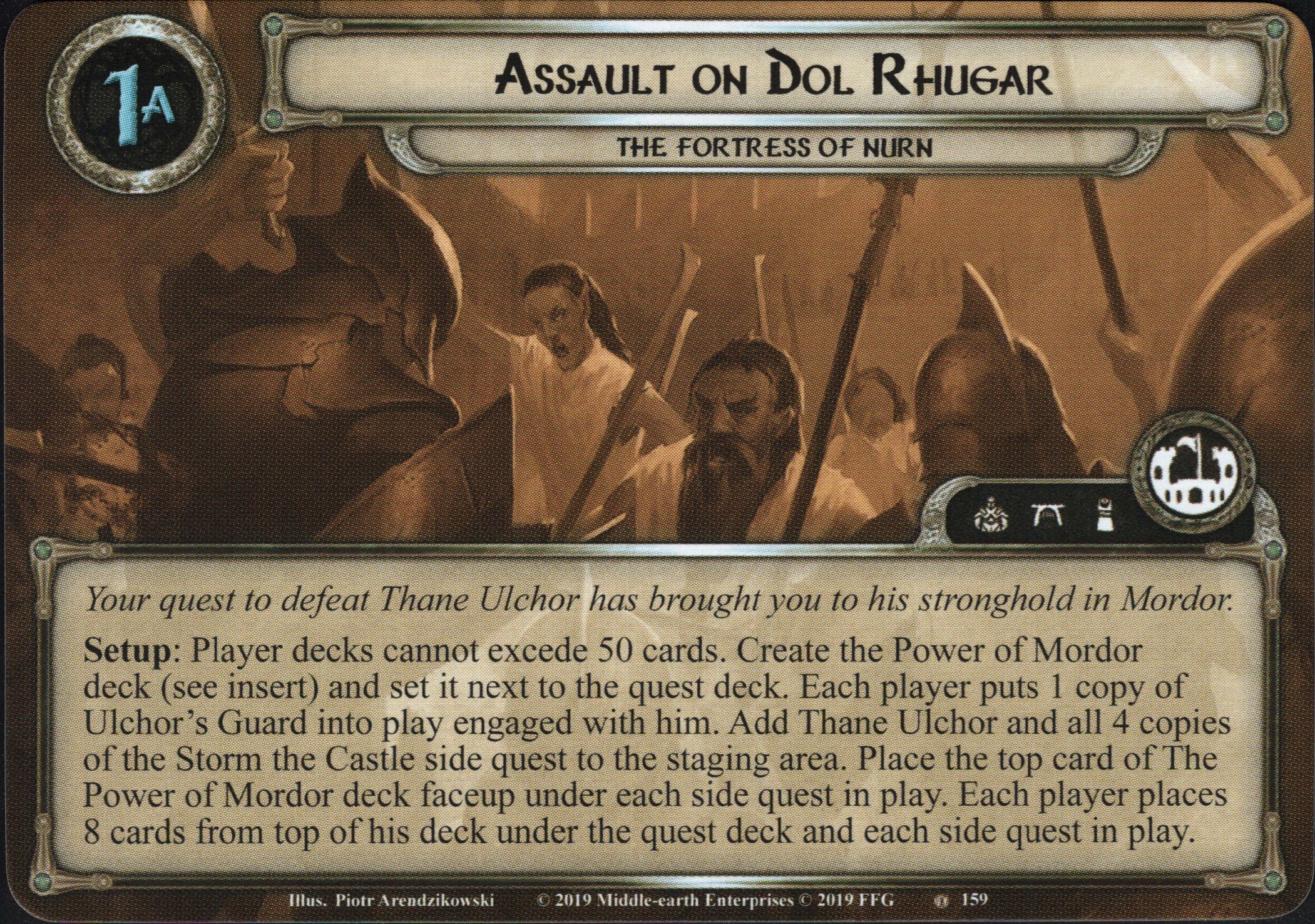 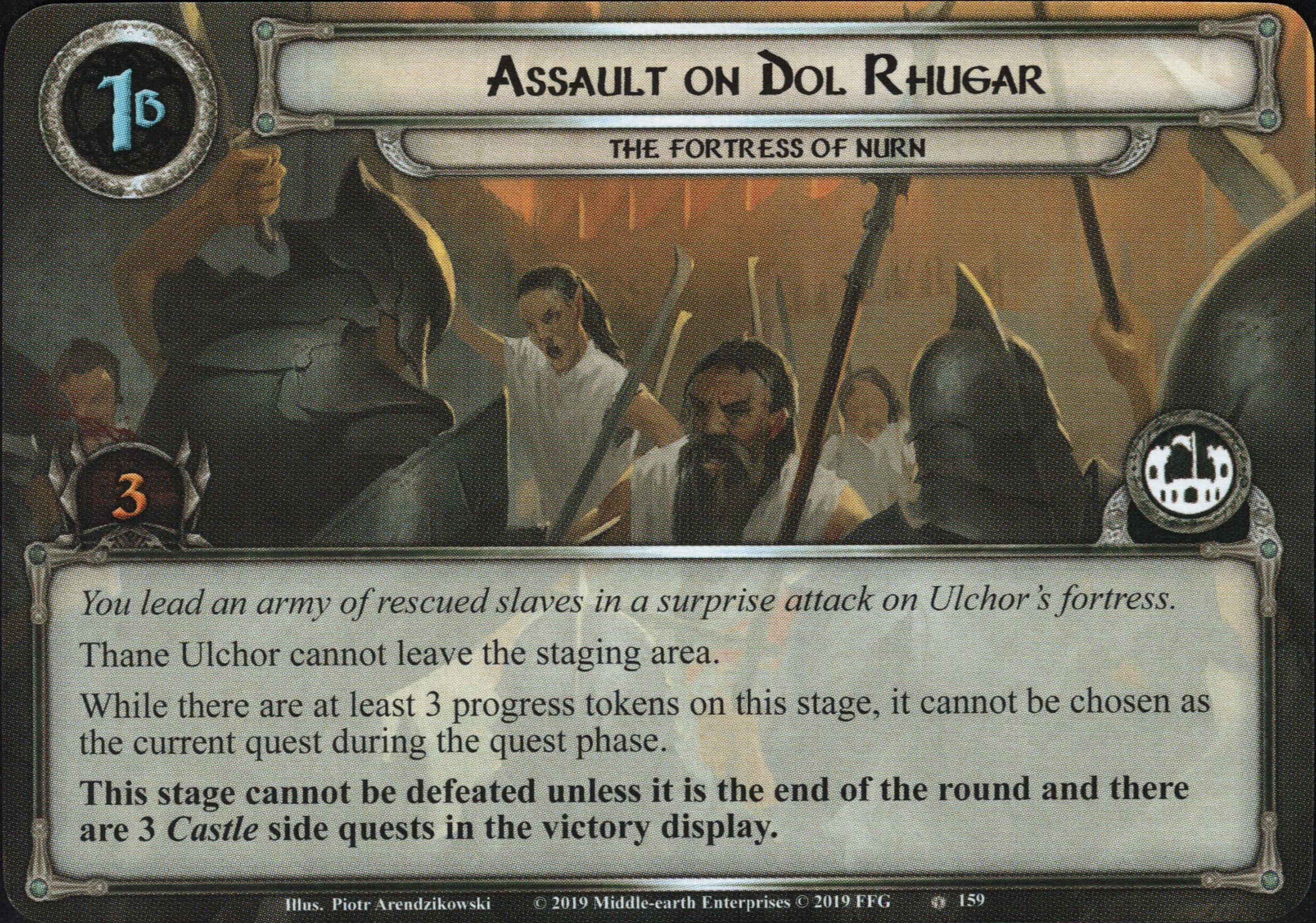 Your quest to defeat Thane Ulchor has brought you to his stronghold in Mordor.

Setup: Player decks cannot exceed 50 cards. Create the Power of Mordor deck (see insert) and set it next to the quest deck. Each player puts 1 copy of Ulchor's Guard into play engaged with him. Add Thane Ulchor and all 4 copies of the Storm the Castle side quest to the staging area. Place the top card of the Power of Mordor deck faceup under each side quest in play. Each player places 8 cards from top of his deck under the quest deck and each side quest in play.

You lead an army of rescued slaves in a surprise attack on Ulchor's fortress.

While there are at least 3 progress tokens on this stage, it cannot be chosen as the current quest stage during the quest phase.

This stage cannot be defeated unless it is the end of the round and there are 3 Castle side quests in the victory display.