Battle with the Spiders
The Hobbit: On the Doorstep#70 (x1) 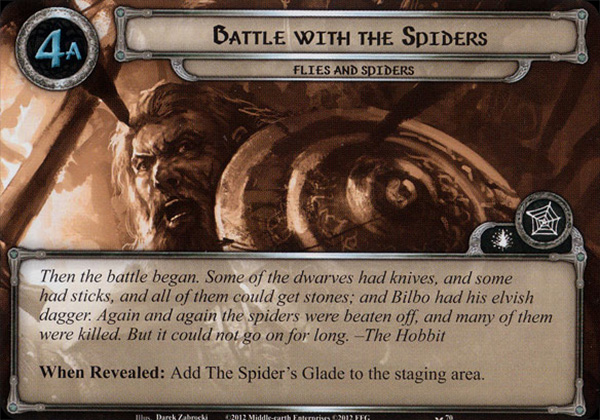 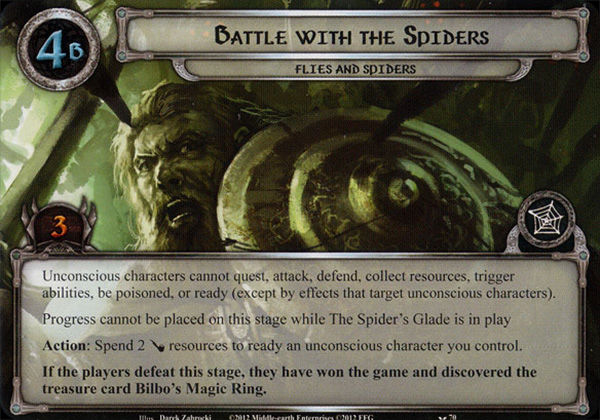 4A-B (-)
When Revealed: Add The Spider's Glade to the staging area.


Then the battle began. Some of the dwarves had knives, and some had sticks, and all of them could get stones; and Bilbo had his elvish dagger. Again and again the spiders were beaten off, and many of them were killed. But it could not go on for long. -The Hobbit

Progress cannot be placed on this stage while The Spider's Glade is in play.

resources to ready an unconscious character you control.

If the players defeat this stage, they have won the game and discovered the treasure card Bilbo's Magic Ring.