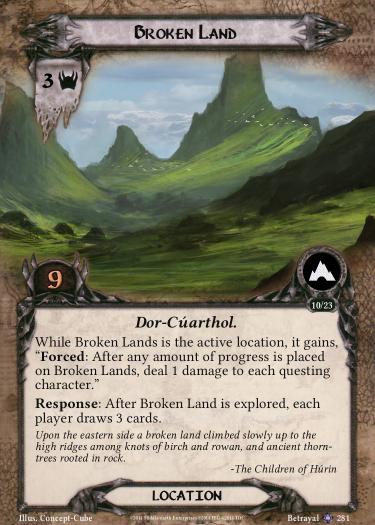 While Broken Lands is the active location, it gainsd,"Forced: After any amount of progress is placed on Broken Lands, deal 1 damage to each questing character."

Response: After Broken Land is explored, each player draws 3 cards.

Upon the eastern side a broken land climbed slowly up to the high ridges among knots of birch and rowan, and ancient thorn–tress rooted in rock.
–The Children of Húrin