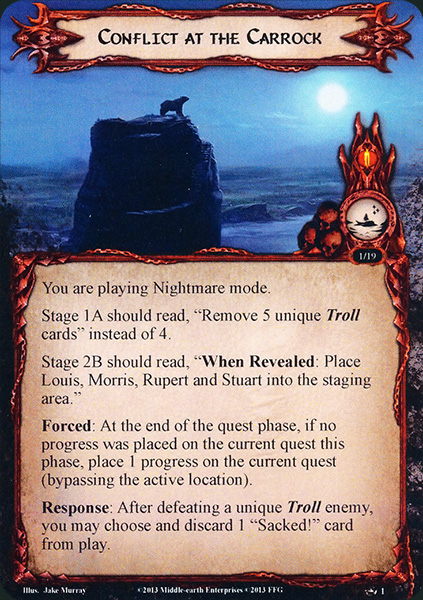 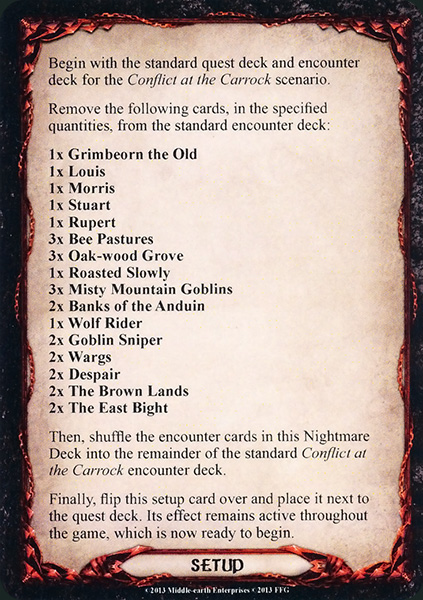 You are playing Nightmare mode. Stage 1A should read, "Remove 5 unique Troll cards" instead of 4.

Stage 2B should read, "When Revealed: Place Louis, Morris, Rupert and Stuart into the staging area."

Begin with the standard quest deck and encounter deck for the Conflict at the Carrock scenario.

2x Banks of the Anduin

Then, shuffle the encounter cards in this Nightmare Deck into the remainder of the standard Conflict at the Carrock encounter deck.