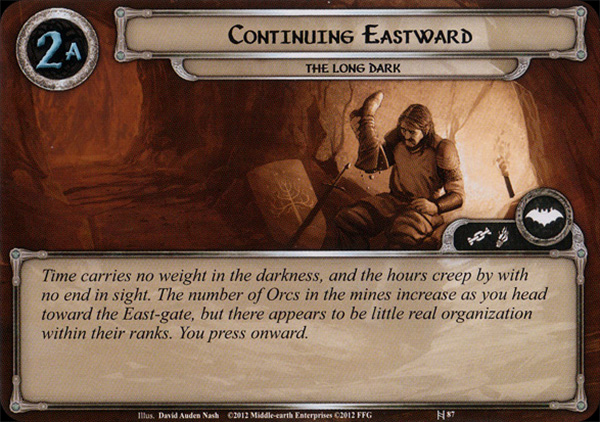 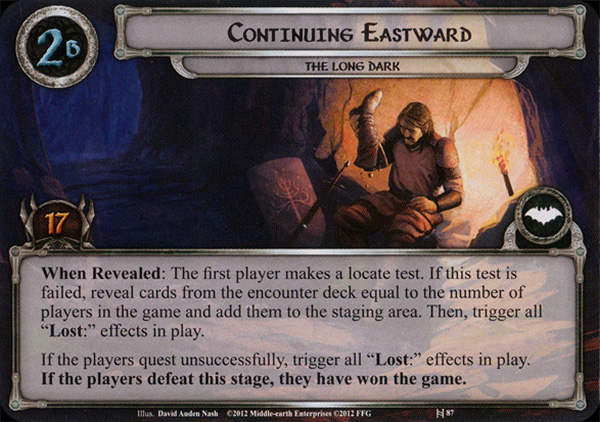 Time carries no weight in the darkness, and the hours creep by with no end in sight. The number of Orcs in the mines increase as you head toward the East–gate, but there appears to be little real organization within their ranks. You press onward!

When Revealed: The first player makes a locate test. If this test is failed, reveal cards from the encounter deck equal to the number of players in the game and add them to the staging area. Then, trigger all "Lost:" effects in play.

If the players quest unsuccessfully, trigger all "Lost:" effects in play.