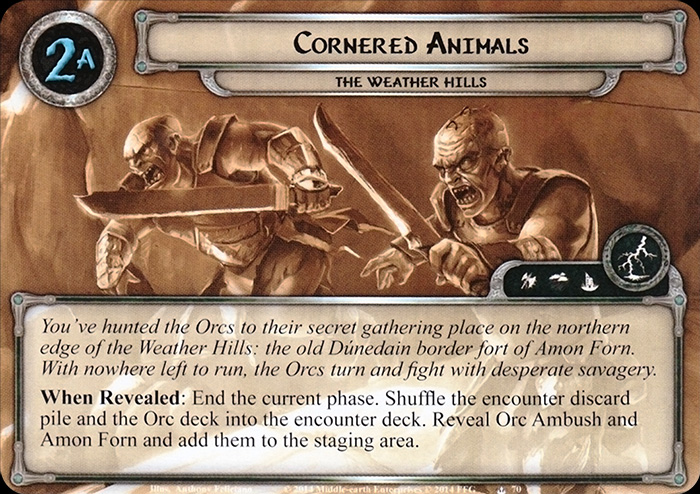 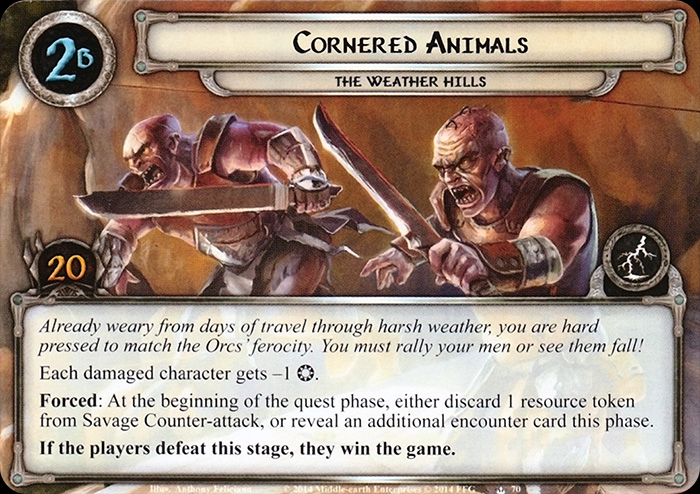 When Revealed: End the current phase. Shuffle the encounter discard pile and the Orc deck into the encounter deck. Reveal Orc Ambush and Amon Forn and add them to the staging area.

You've hunted the Orcs to their secret gathering place on the northern edge of the Weather Hills: the old Dúnedain border fort of Amon Forn. With nowhere left to run, the Orcs turn and fight with desperate savagery.

Already weary from days of travel through harsh weather, you are hard pressed to match the Orcs' ferocity. You must rally your men or see them fall!

Each damaged character gets -1

Forced: At the beginning of the quest phase, either discard 1 resource token from Savage Counter-attack, or reveal an additional encounter card this phase.

If the players defeat this stage, they win the game.