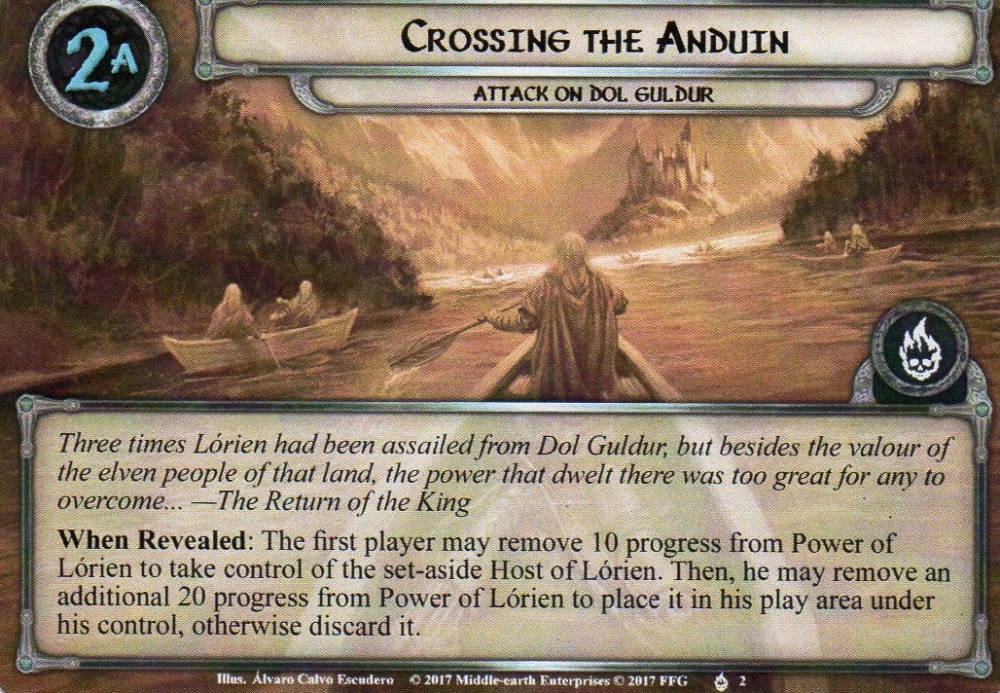 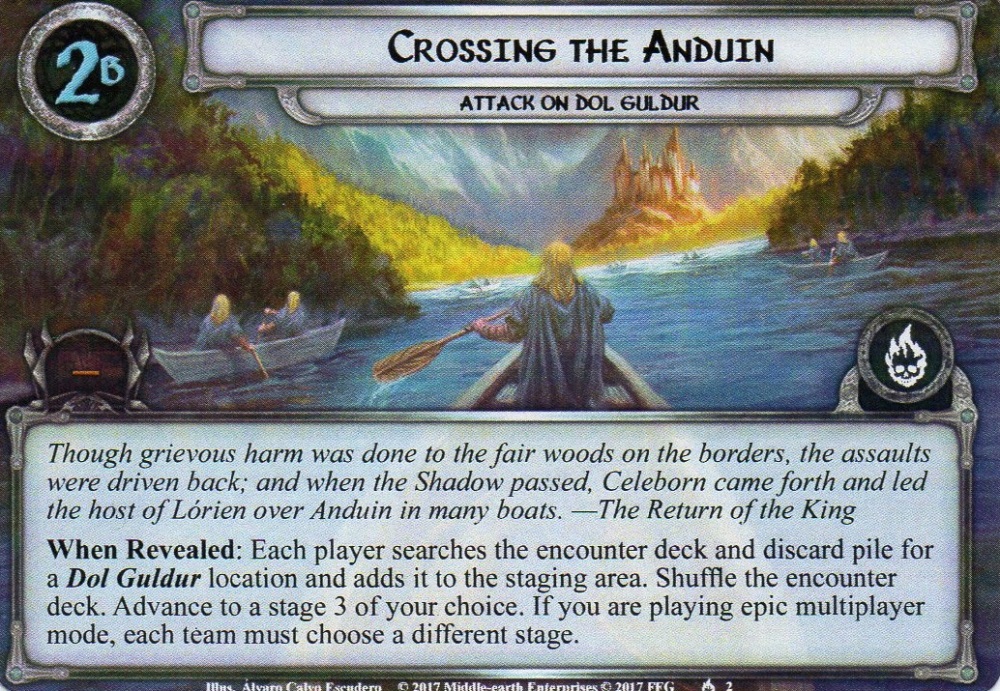 
Three times Lórien had been assailed from Dol Guldur, but besides the valour of the eleven people of that land, the power that dwelt there was too great for any to overcome...
-The Return of the King

When Revealed: Each player searches the encounter deck and discard pile for a Dol Guldur location and adds it to the staging area. Shuffle the encounter deck. Advance to a stage 3 of your choice. If you are playing epic multiplayer mode, each team must choose a different stage.

Though grievous harm was done to the fair woods on the borders, the assaults were driven back; and when the Shadow passed, Celeborn came forth and led the host of Lórien over Anduin in many boats.
-The Return of the King