Defend the City
The Siege of Annúminas #4 (x1) 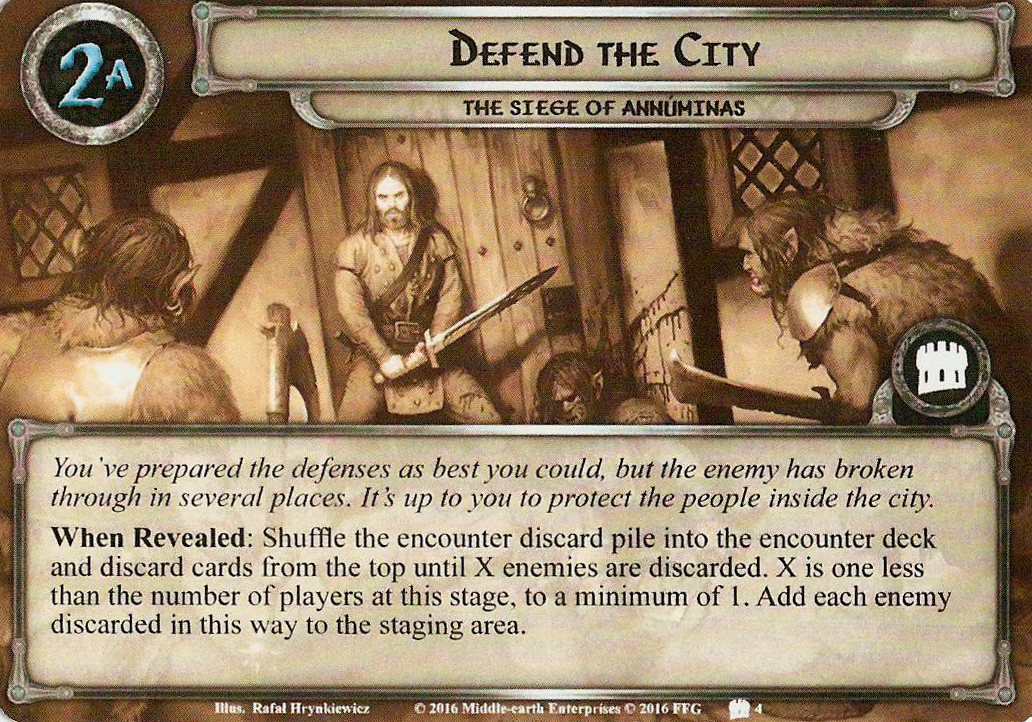 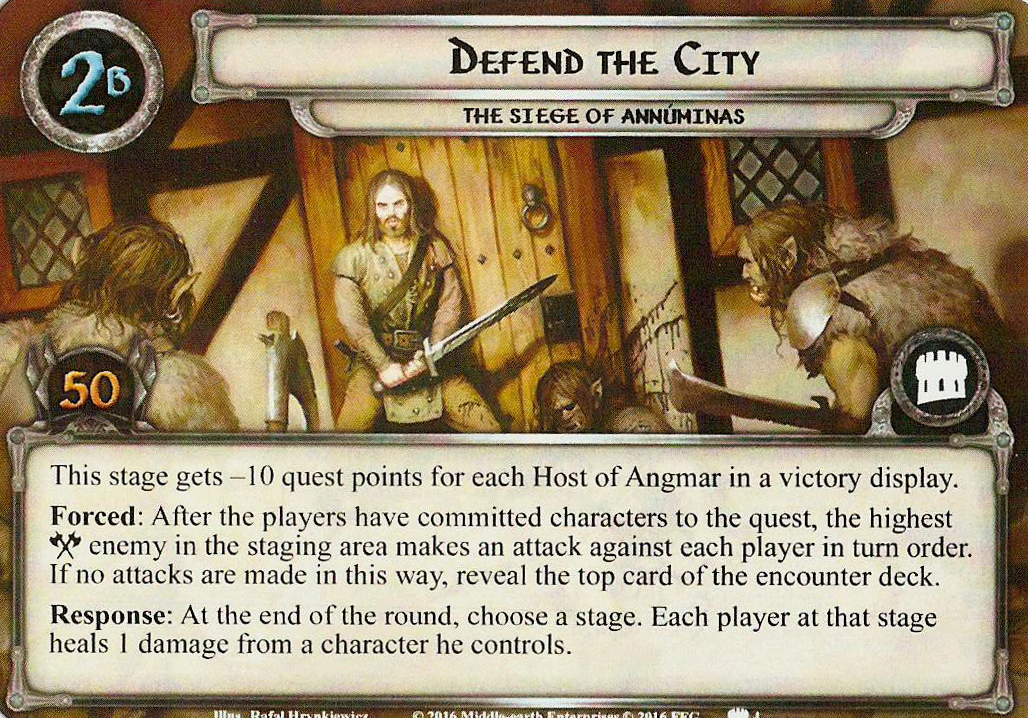 You've prepared the defenses as best you could, but the enemy has broken through in several places. It's up to you to protect the people inside the city.

When Revealed: Shuffle the encounter discard pile into the encounter deck and discard cards from the top until their are X enemies are discarded. X is one less than the number of players at this stage, to a minimum of 1. Add each enemy discarded in this way to the staging area.

This stage gets -10 quest points for each Host of Angmar in a victory display.

Forced: After the players have committed characters to the quest, the highest

enemy in the staging area makes an attack against each player in turn order. If no attacks are made in this way, reveal the top card of the encounter deck.

Response: At the end of the round, choose a stage. Each player at that stage heals 1 damage from a character he controls.