Destroy the War Engine
Trial Upon the Marches#215 (x1) 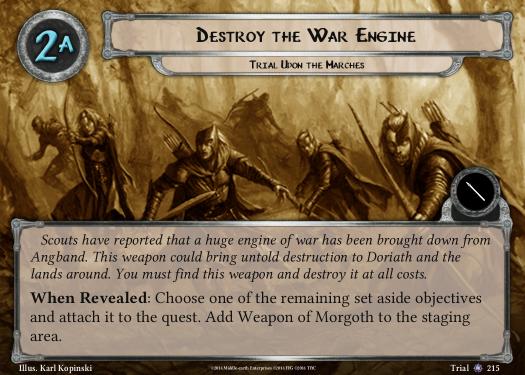 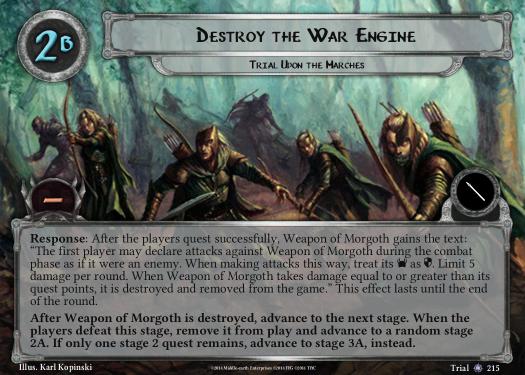 2A-B (-)
When Revealed: Choose one of the remaining set aside objectives and attach it to the quest. Add Weapon of Morgoth to the staging area.


Scouts have reported that a huge engine of war has been brought down from Angband. This weapon could bring untold destruction to Doriath and the lands around. You must find this weapon and destroy it at all costs.

Response: After the players quest successfully, Weapon of Morgoth gains the text: "The first player may declare attacks against Weapon of Morgoth during the combat phase as if it were an enemy. When making attacks this way, treat its

. Limit 5 damage per round. When Weapon of Morgoth takes damage equal to or greater than its quest points, it is destroyed and removed from the game." This effect lasts until the end of the the round.

After Weapon of Morgoth is destroyed, advance to the next stahe. When the players defeat this stage, remove it from play and advance to a random stage 2A. If only one stage 2 quest remains, advance to stage 3A, instead.