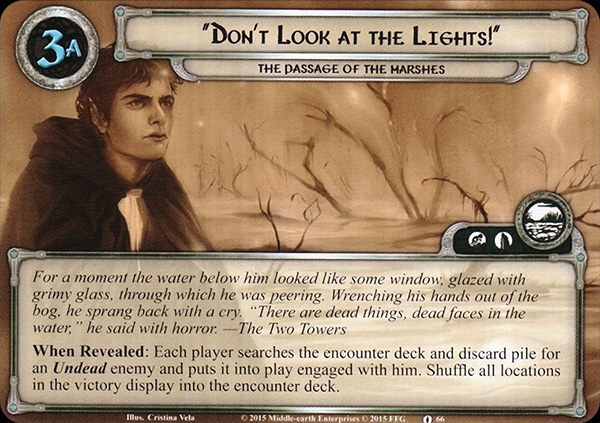 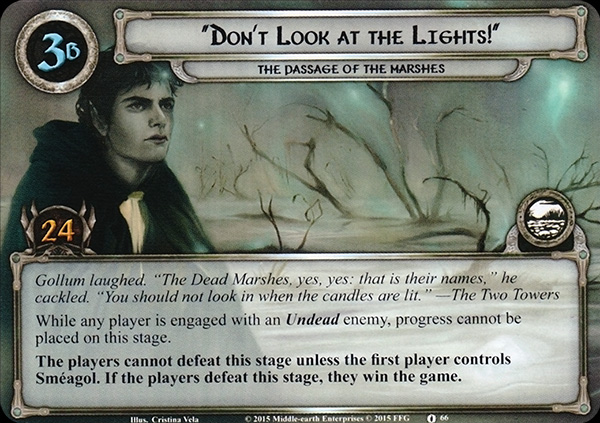 For a moment the water below him looked like some window, glazed with grimy glass, through which he was peering. Wrenching his hands out of the bog, he sprang back with a cry. "There are dead things, dead faces in the water," he said with horror. -The Two Towers

While any player is engaged with an Undead enemy, progress cannot be placed on this stage.

Gollum laughed. "The Dead Marshes, yes, yes: that is their names," he cackled. "You should not look in when the candles are lit." —The Two Towers