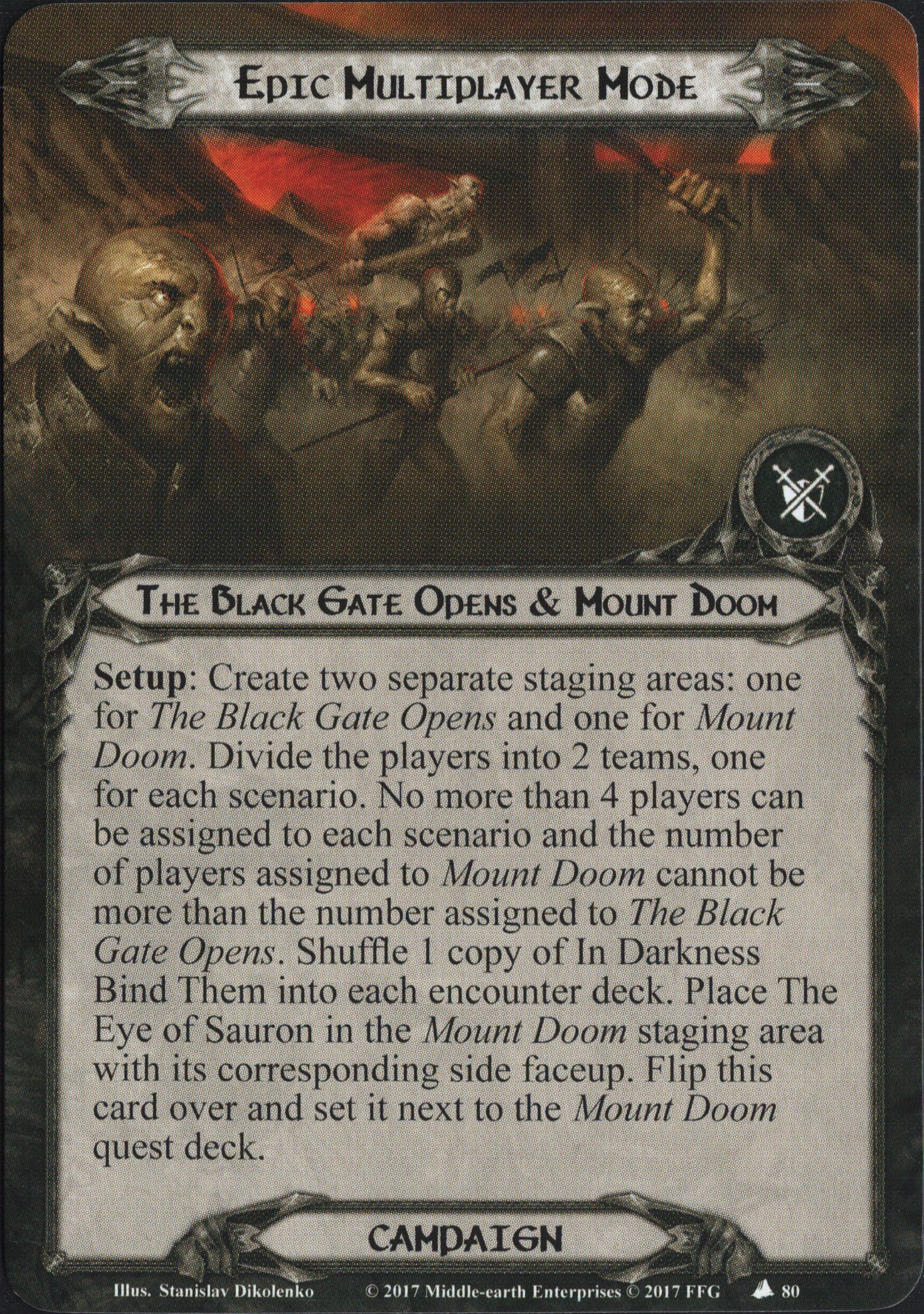 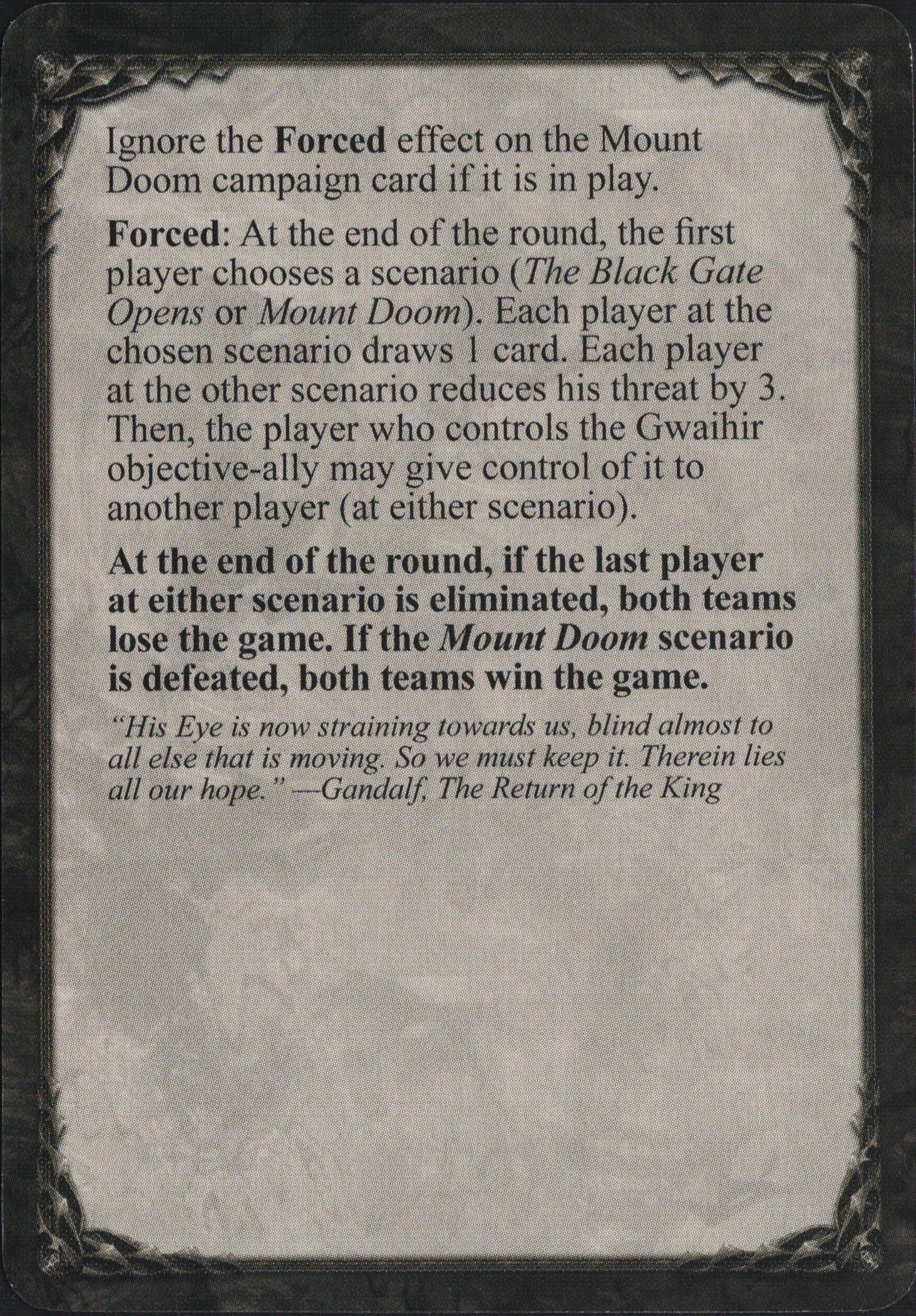 Setup: Create two separate staging areas: one for The Black Gate Opens and one for Mount Doom. . Divide the players into 2 teams, one for each scenario. No more than 4 players can be assigned to each scenario and the number of players assigned to Mount Doom cannot be more than the number of assigned to The Black Gate Opens. Shuffle 1 copy of In Darkness Bind Them into each encounter deck. Place The Eye of Sauron in the Mount Doom staging area with its correspdonding side faceup. Flip this card over and set it next to the Mount Doom quest deck.

Ignore the Forced effect on the Mount Doom campaign card if it is in play.

"His eye is now straining towards us, blind almost to all else that is moving. So we must keep it. Therein lies all our hope."
-Gandalf, The Return of the King