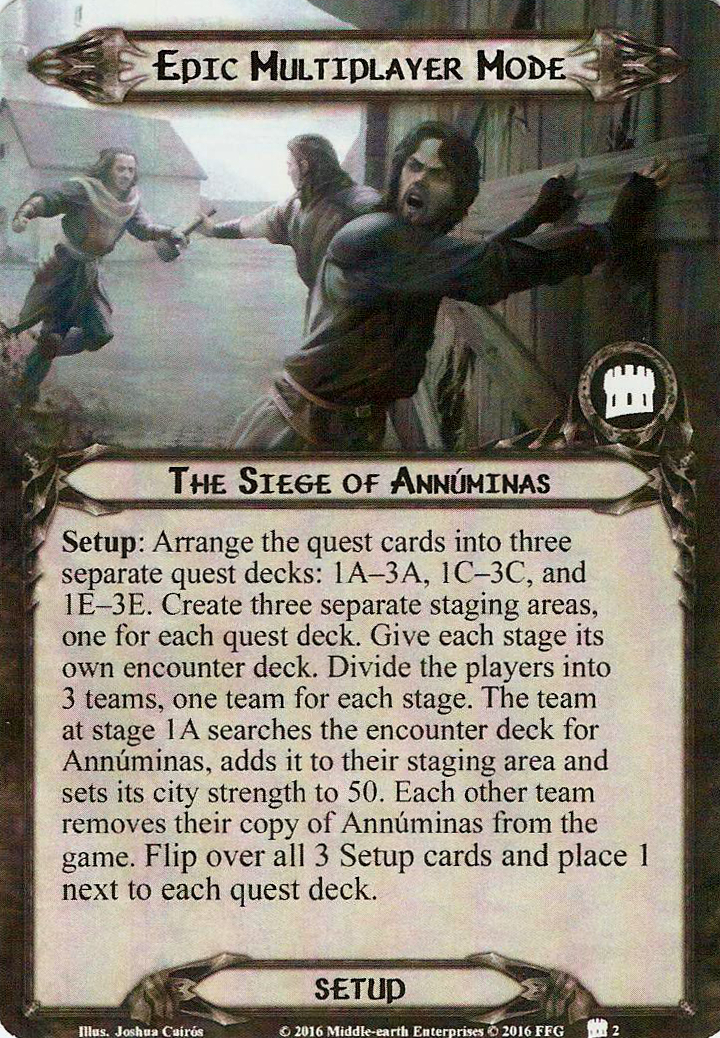 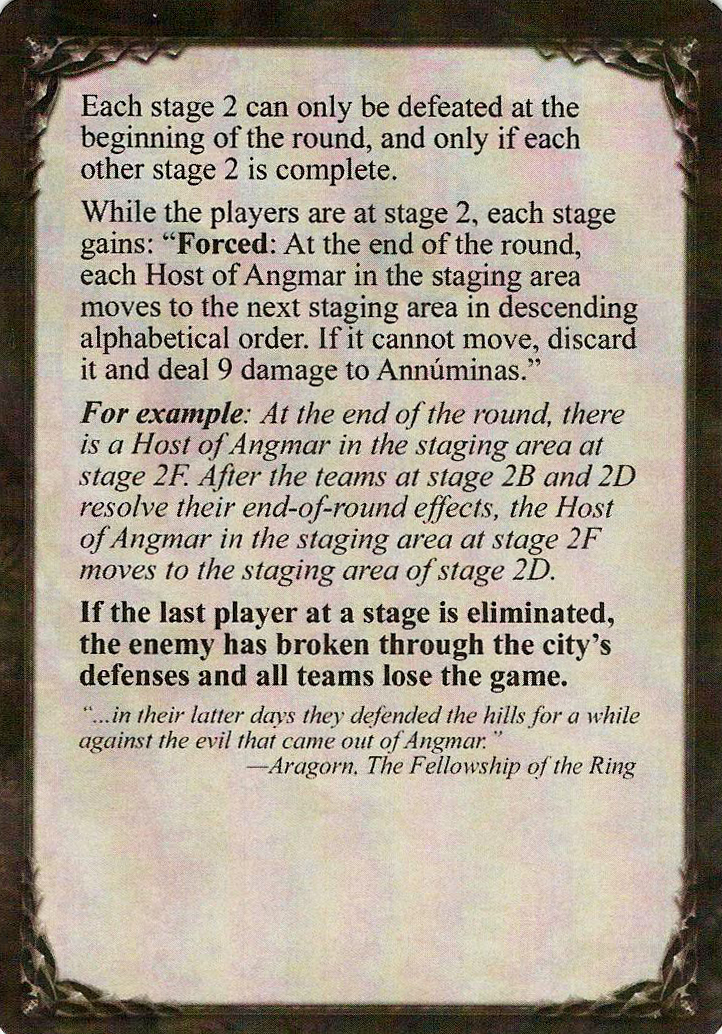 Setup: Arrange the quest cards into three separate quest decks: 1A-3A, 1C-3C, and 1E-3E. Create three separate staging area, one for each quest. Give each stage its own encounter deck. Divide the players into 3 teams, one team for each stage. The team at stage 1A searches the encounter deck for Annúminas, adds it to the staging area and sets its city strength to 50. Each other team removes their copy of Annúminas from the game. Flip over all 3 Setup cards and place 1 next to each quest deck.

Each stage 2 can only be defeated at the beginning of the round, and only if each other stage 2 is complete.

While the players are at stage 2, each stage gains: "Forced: At the end of the round, each Host of Angmar in the staging area moves to the next staging area in descending alphabetical order. If it cannot move, discard it and deal 9 damage to Annúminas."

If the last player at a stage is eliminated, the enemy has broken through the city's defenses and all teams lose the game.

"...in their latter days they defended the hills for a while against the evil that came out of Angmar."
-Aragorn, The Fellowship of the Ring