Escape from Cirith Ungol
The Mountain of Fire #68 (x1) 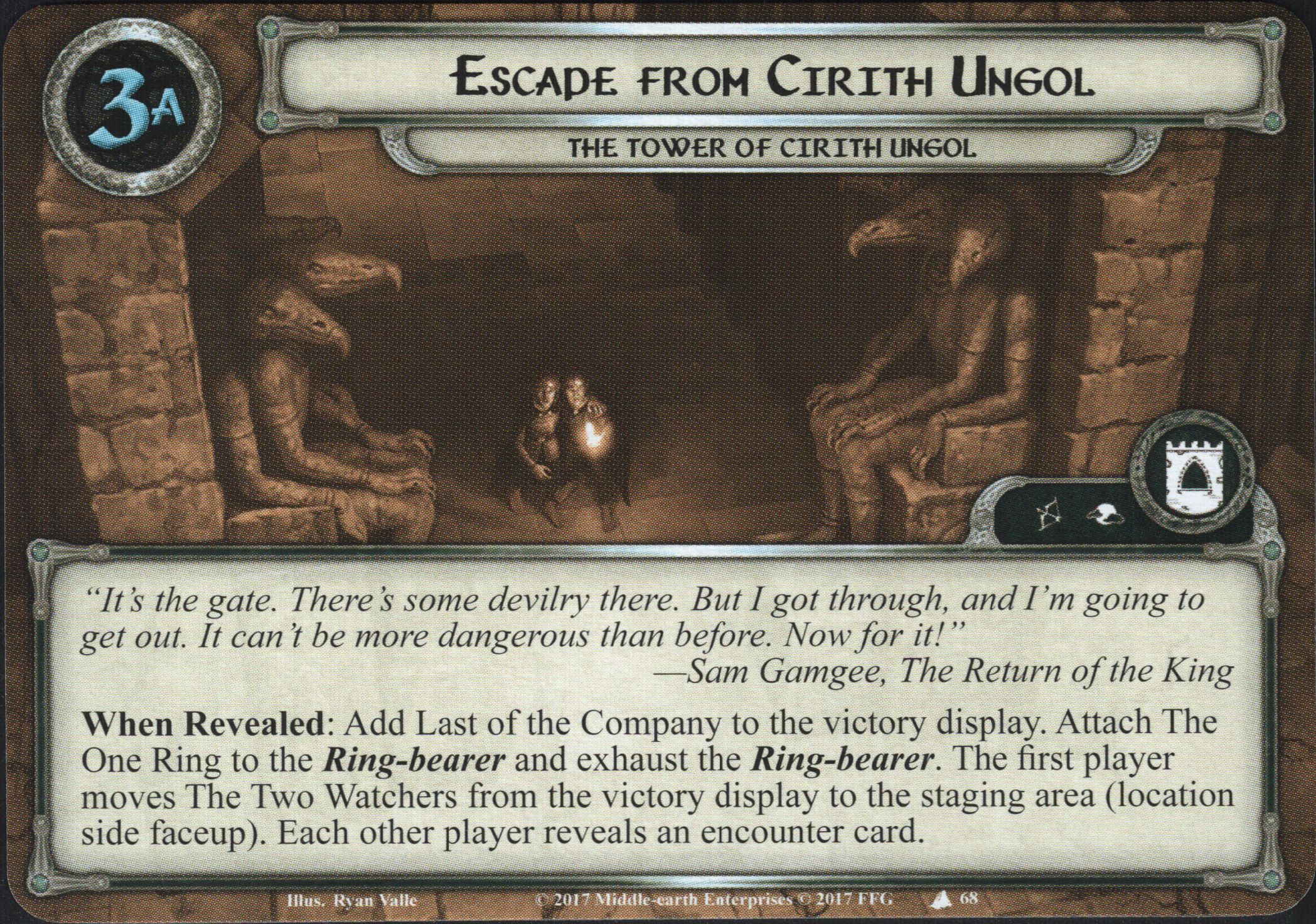 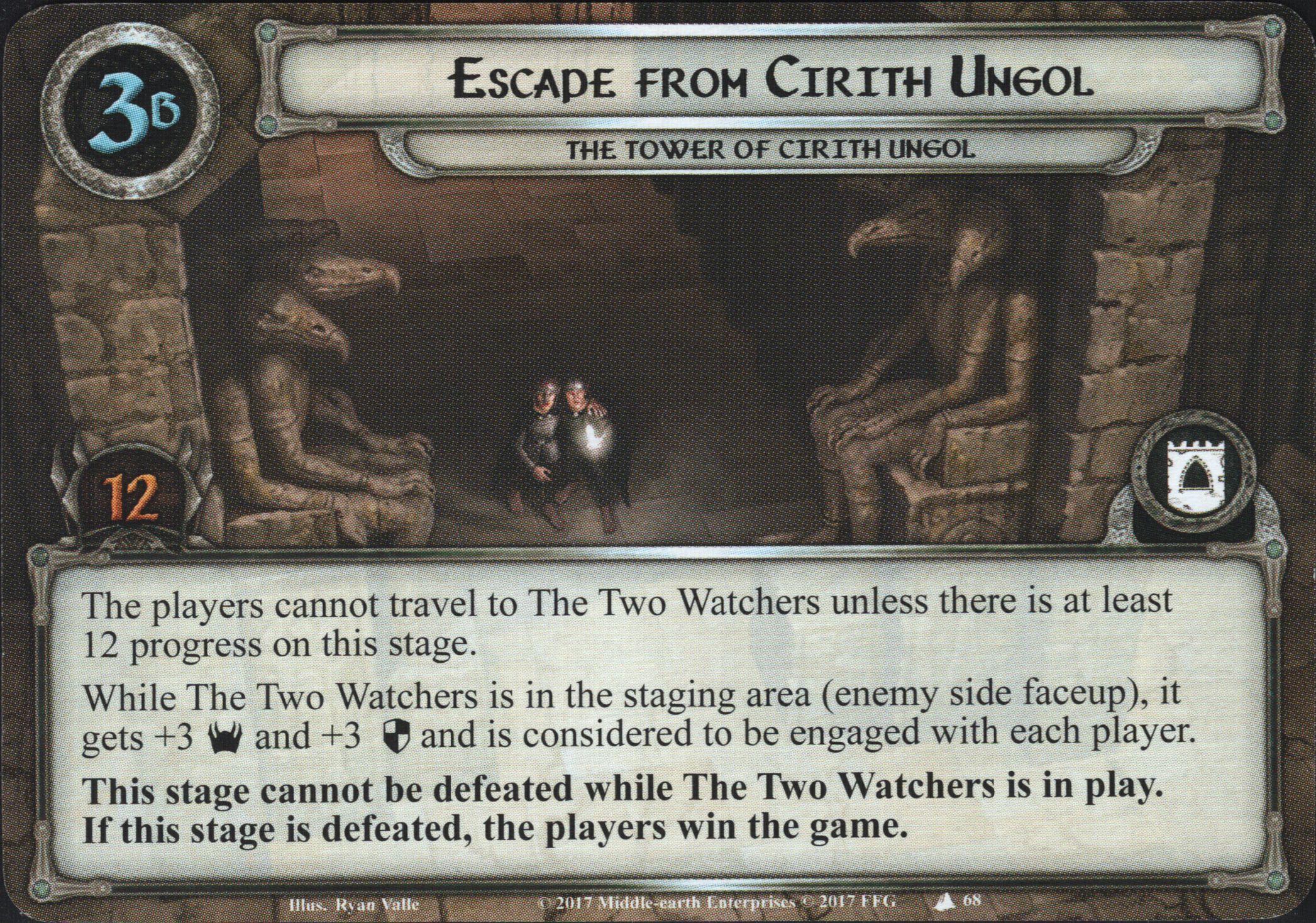 "It's the gate. There's some devilry there. But I got through, and I'm going to get out. It can't be more dangerous than before. Now for it!"
–Sam Gamgee, The Return of the King

The players cannot travel to The Two Watchers unless there is at least 12 progress on this stage.

While The Two Watchers is in the staging area (enenmy side faceup), it gets +3

and is considered to be engaged with each player.

The stage cannot be defeated while The Two Watchers is in play. If this stage is defeated, the players win the game.