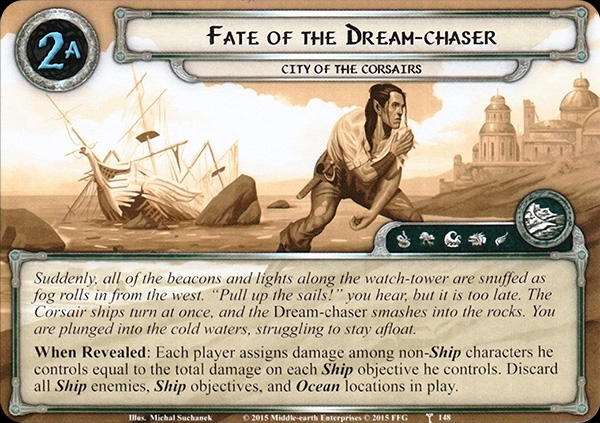 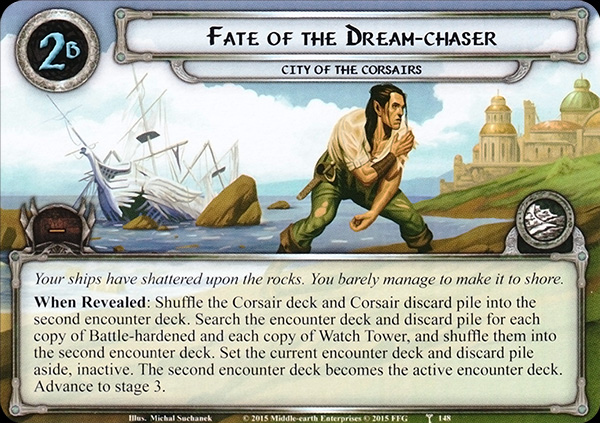 Suddenly, all of the beacons and lights along the watch–tower are snuffed as fog rolls in from the west. "Pull up the sails!" you hear, but it is too late. The Corsair ships turn at once, and the Dream–chaser smashes into the rocks. You are plunged into the cold waters, struggling to stay afloat.

When Revealed: Each player assigns damage among non-Ship characters he controls equal to the total damage on each Ship objective he controls. Discard all Ship enemies, Ship objective and Ocean locations in play.

Your ships have shattered upon the rocks. You barely manage to make it to shore.