Fight Your Way Out
The Dungeons of Cirith Gurat #134 (x1) 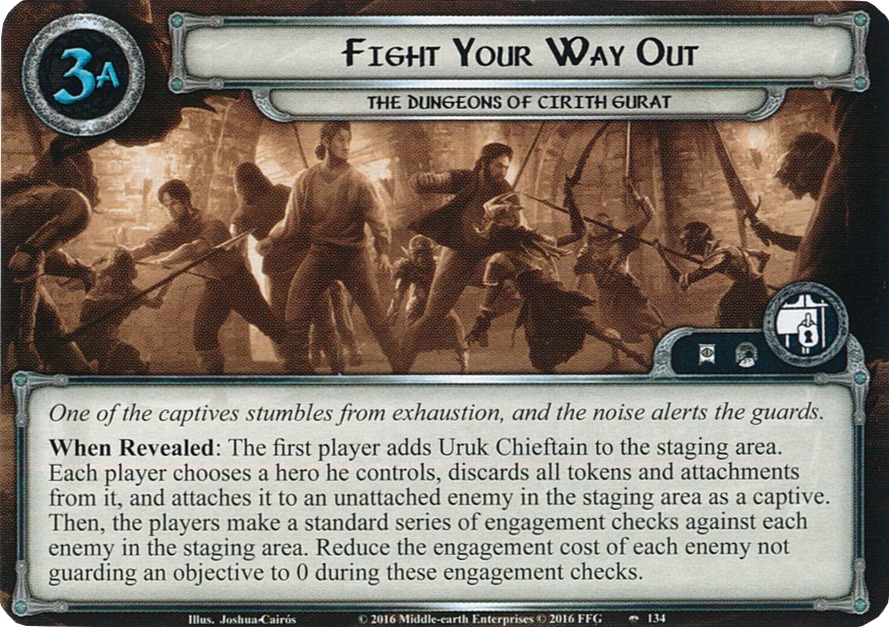 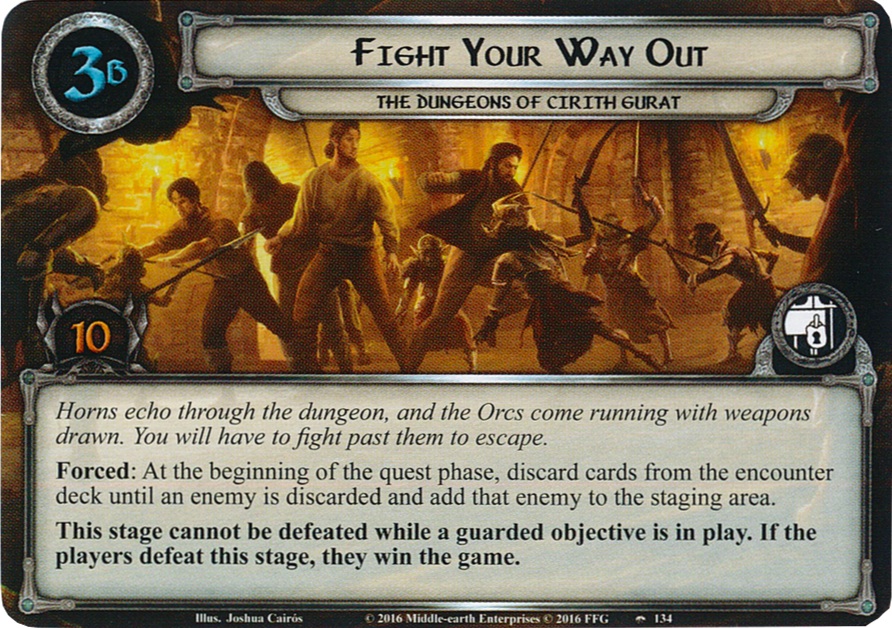 One of the captives stumbles for exhaustion, and the noise alerts the guards.

Horns echo through the dungeon, and the Orcs come running with weapons drawn. You will have to fight past them to escape.

Forced: At the beginning of the quest phase, discard cards from the encounter deck until an enemy is discarded and add that enemy to the staging area.