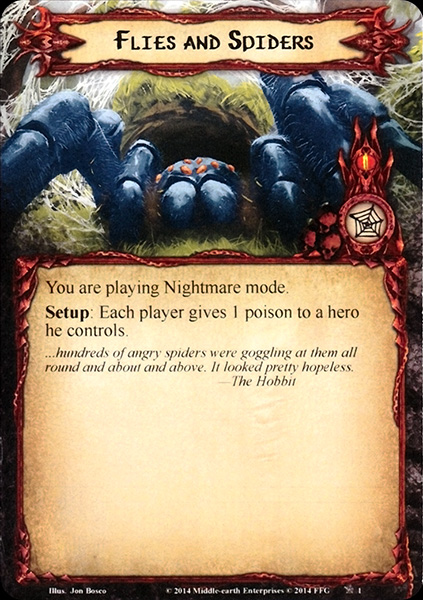 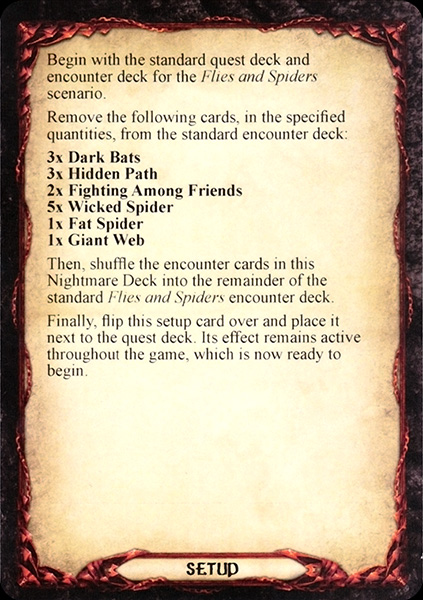 Setup: Each player gives 1 poison to a hero he controls.

Hundreds of angry spiders were goggling at them all round and about and above. It looked pretty hopeless. –The Hobbit

Begin with the standard quest deck and encounter deck for the Flies and Spiders scenario.

Then, shuffle the encounter cards in this Nightmare Deck into the remainder of the standard Flies and Spiders encounter deck.