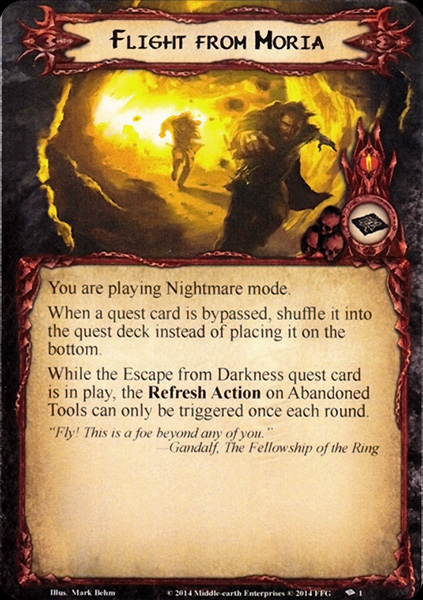 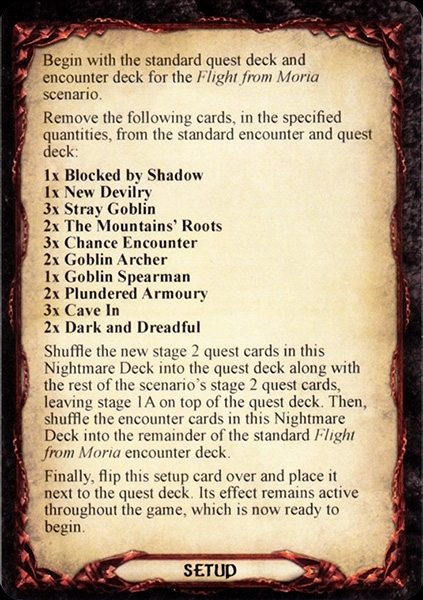 When a quest card is bypassed, shuffle it into the quest deck instead of placing it on the bottom.

While the Escape from Darkness quest card is in play, the Refresh Action on Abandoned Tools can only be triggered once each round.

"Fly! This is a foe beyond any of you.". –Gandalf, The Fellowship of the Ring