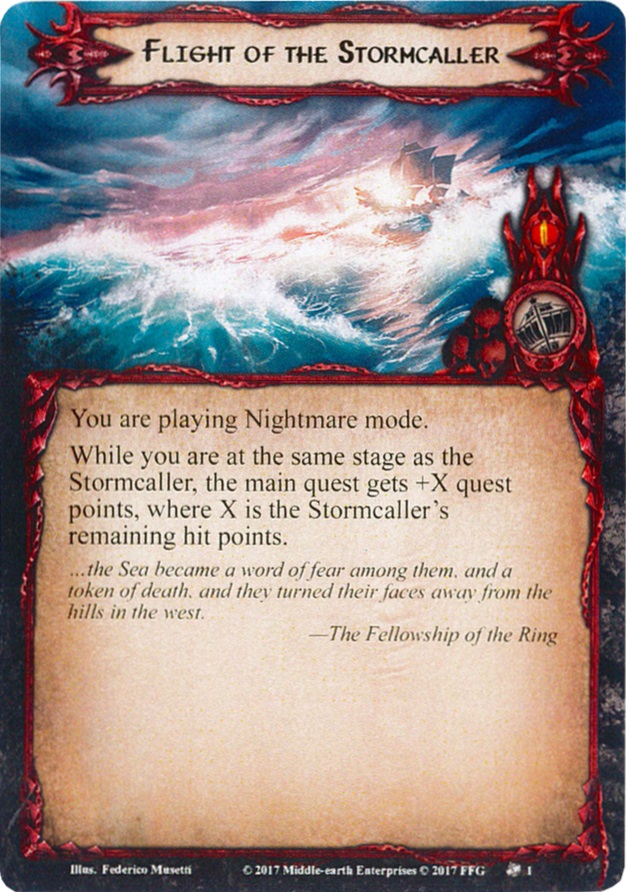 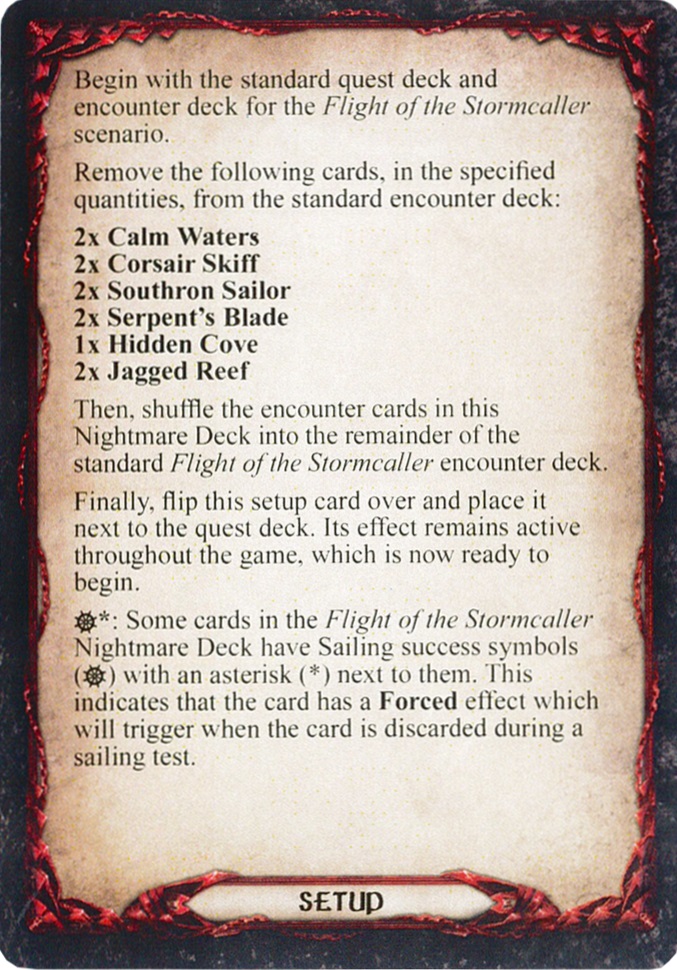 ...the Sea became a word of fear among them, and a token of death, and they turned their faces away from the hills in the west.
—The Fellowship of the Ring

Begin with the standard quest deck and encounter deck for the Flight of the Stormcaller scenario.

Then shuffle the encounter cards in this Nightmare Deck into the remainder of the standard Flight of the Stormcaller encounter deck.

☸*: Some Cards in the Flight of the Nightmare Deck have Sailing Success symbols (☸) with an asterisk (*) next to them. This indicates that the card has a Forced effect which will trigger when the card is discarded during a sailing test.