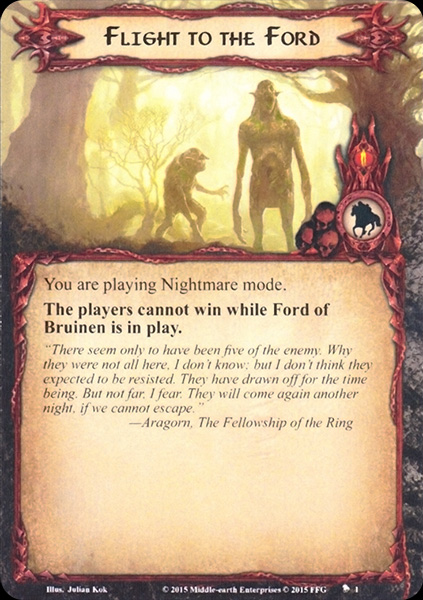 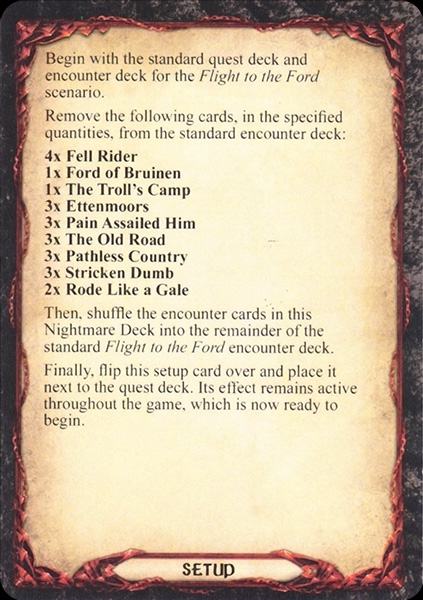 You are playing Nightmare mode. The players cannot win while Ford of Bruinen is in play.


"There seem only to have been five of the enemy. Why they were not all here, I don't know; but I don't think they expected to be resisted. They have drawn off for the time being. But not far, I fear. They will come again another night, if we cannot escape." -Aragorn, The Fellowship of the Ring

Begin with the standard quest deck and encounter deck for the Flight to the Ford scenario.

Then, shuffle the encounter cards in this Nightmare Deck into the remainder of the standard Flight to the Ford encounter deck.