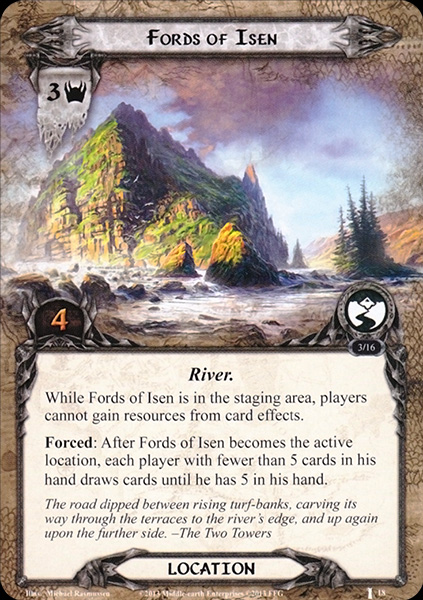 While Fords of Isen is in the staging area, players cannot gain resources from card effects.

Forced: After Fords of Isen becomes the active location, each player with fewer than 5 cards in his hand draws cards until he has 5 in his hand.

The road dipped between rising turf–banks, carving its way through the terraces to the river's edge, and up again upon the further side. –The Two Towers