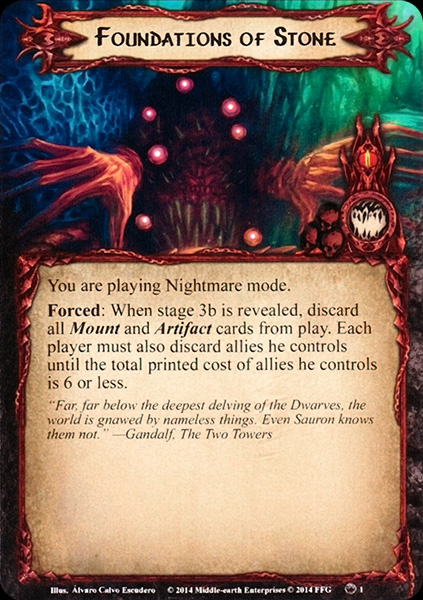 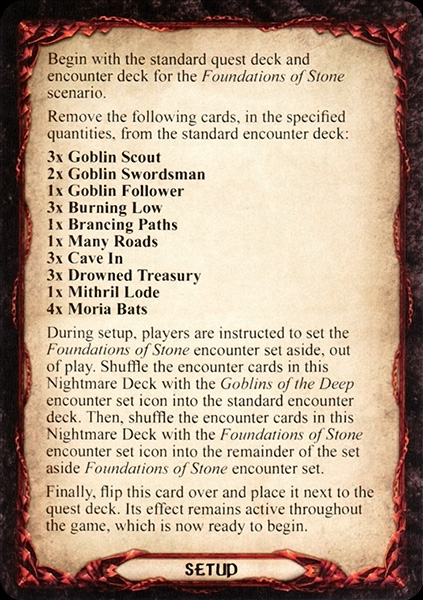 "Far, far below the deepest delving of the Dwarves, the world is gnawed by nameless things. Even Sauron knows them not."
–Gandalf, The Two Towers

Begin with the standard quest deck and encounter deck for Foundations of Stone scenario.