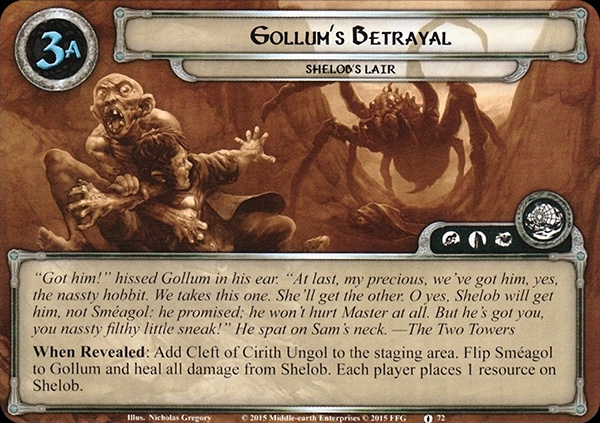 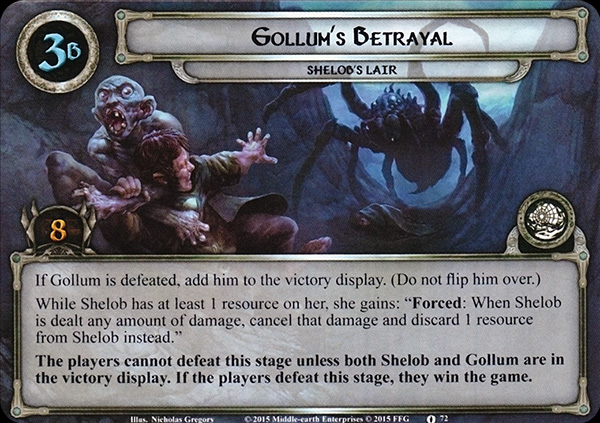 "Got him!" hissed Gollum in his ear. "At last, my precious, we've got him, yet, the nassty hobbit. We takes this one. She'll get the other. O yes, Selob will get him, not Sméagol: he promised; he won't hurt Master at all. But he's got you, you nassty filthy little sneak!" He spat on Sam's neck. –The Two Towers

When Revealed: Add Cleft of Cirith Ungol to the staging area. Flip Sméagol to Gollum and heal all damage from Shelob. Each player places 1 resource on Shelob.

If Gollum is defeated, add him to the victory display. (Do not flip him over.)

While Shelob has at least 1 resource on her, she gains:"Forced: When Shelob is dealt any amount of damage, cancel that damage and discard 1 resource from Shelob instead."