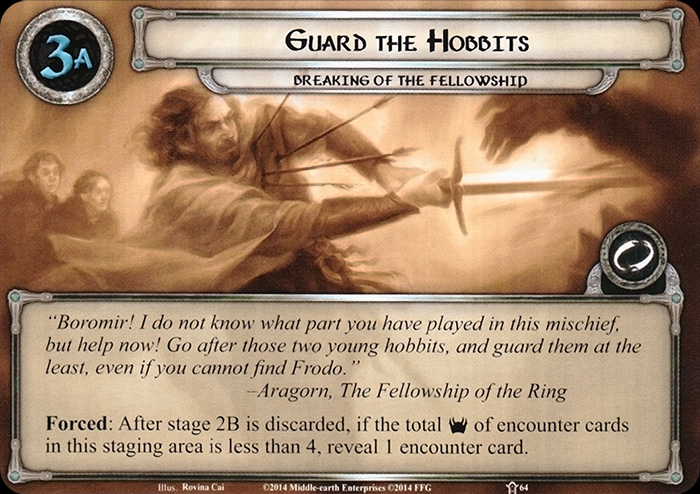 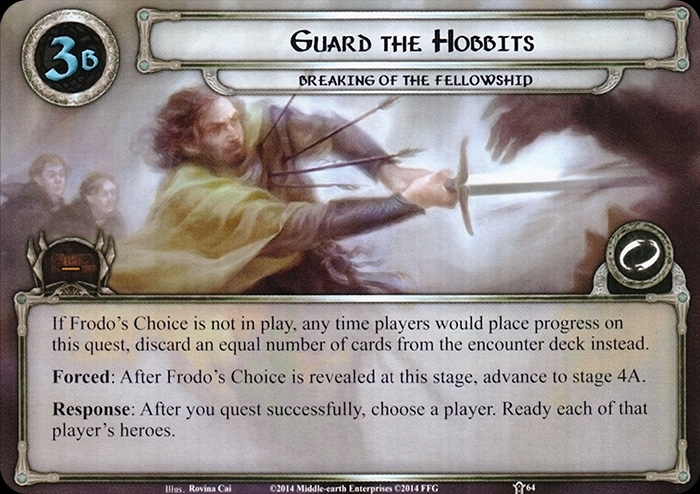 
"Boromir! I do not know what part you have played in this mischief, but help now! Go after those two young hobbits, and guard them at the least, even if you cannot find Frod." -Aragorn, The Fellowship of the Ring

If Frodo's Choice is not in play, any time players would place progress on this quest, discard an equal number of cards from the encounter deck instead.

Forced: After Frodo's Choice is revealed at this stage, advance to stage 4A.

Response: After you quest successfully, choose a player. Ready each of that player's heroes.