Hard Mode
The Hunt for the Dreadnaught #3 (x1) 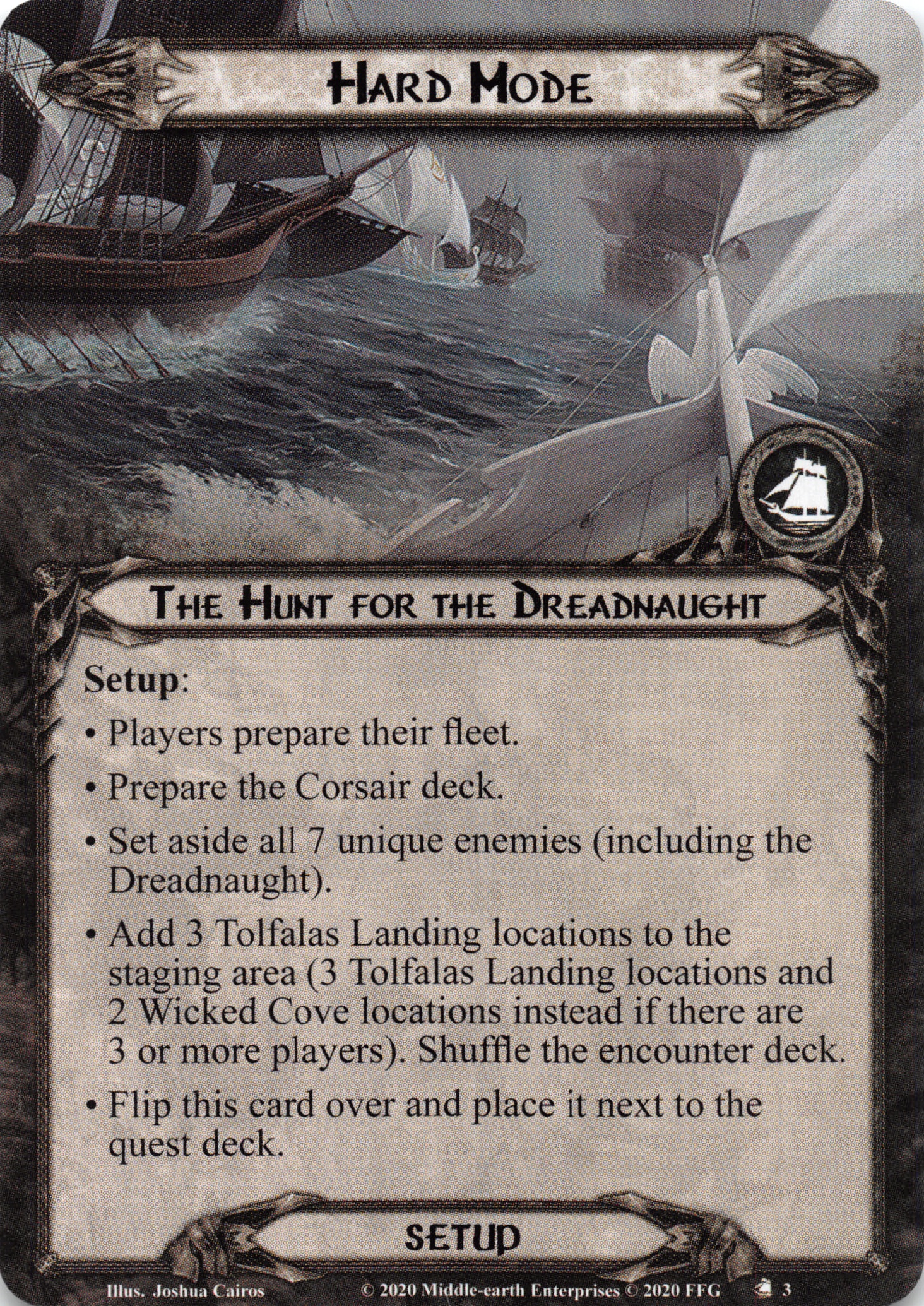 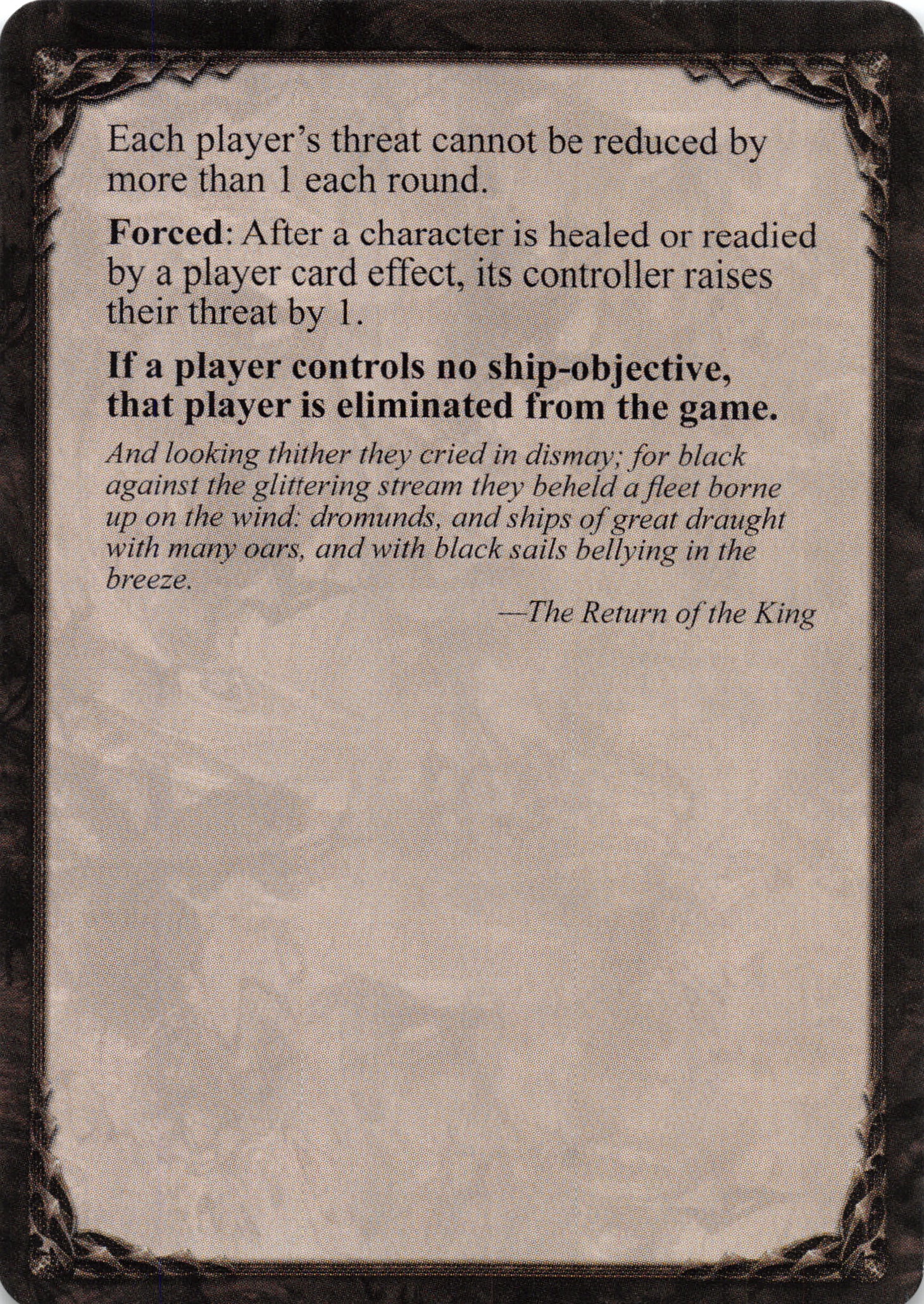  Set the following enemies aside: all 7 unique enemies (including the Dreadnaught).

 Flip this card over and place it next to the quest deck.

Each player's threat cannot be reduced by more than 1 each round.

Forced: After a character is healed or readied by a player card effect, its controller raises their threat by 1.

If a player controls no ship-objective, that player is eliminated from the game.

And looking thither they cried in dismay; for black against the glittering stream they beheld a fleet of borne up on the wind: dromunds, and ships of great draught with many oars, and with black sails bellying in the breeze.
–The Return of the King