Inside Information
The Hobbit: On the Doorstep #73 (x1) 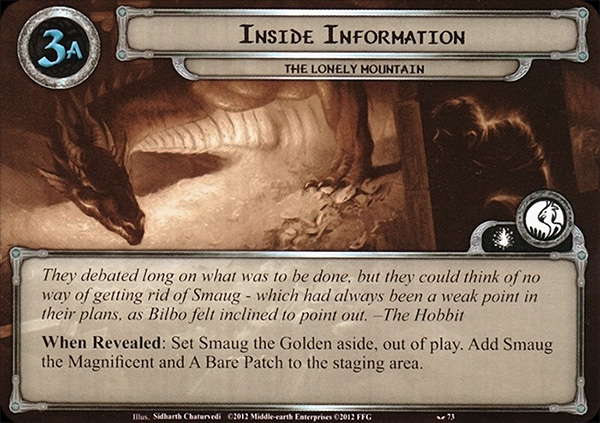 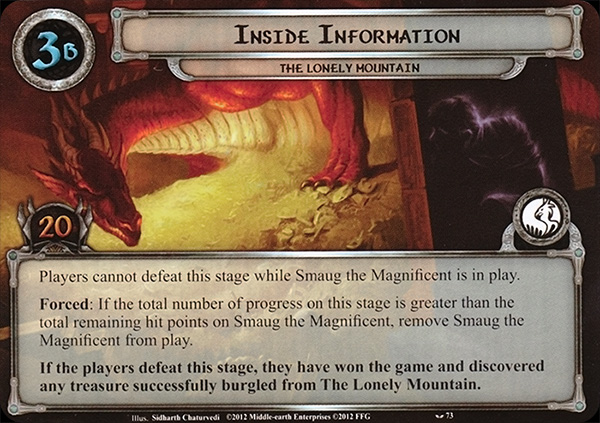 They debated long on what was to be done, but they could think of no way of getting rid of Smaug – which had always been a weak point in their plans, as Bilbo felt inclined to point out. – The Hobbit

When Revealed: Set Smaug the Golden aside, out of play. Add Smaug the Magnificent and A Bare Patch to the staging area.

Players cannot defeat this stage while Smaug the Magnificent is in play.

If the players defeat this stage, they have won the game and discovered any treasure successfully burgled from The Lonely Mountain.