Lead the Sortie
The Siege of Annúminas #5 (x1) 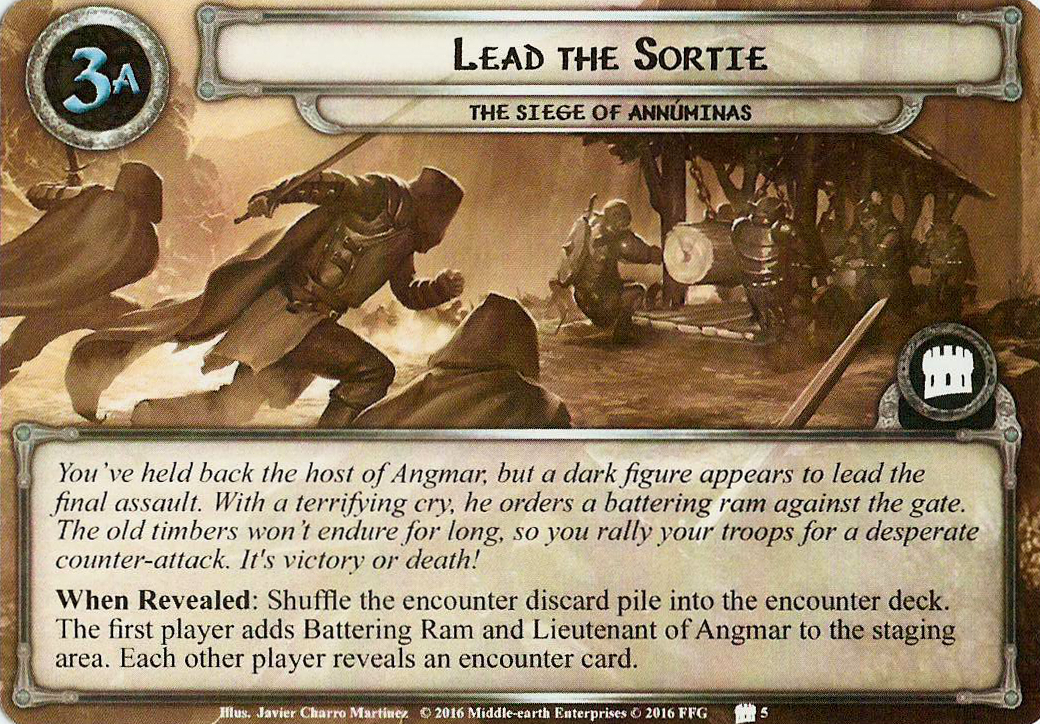 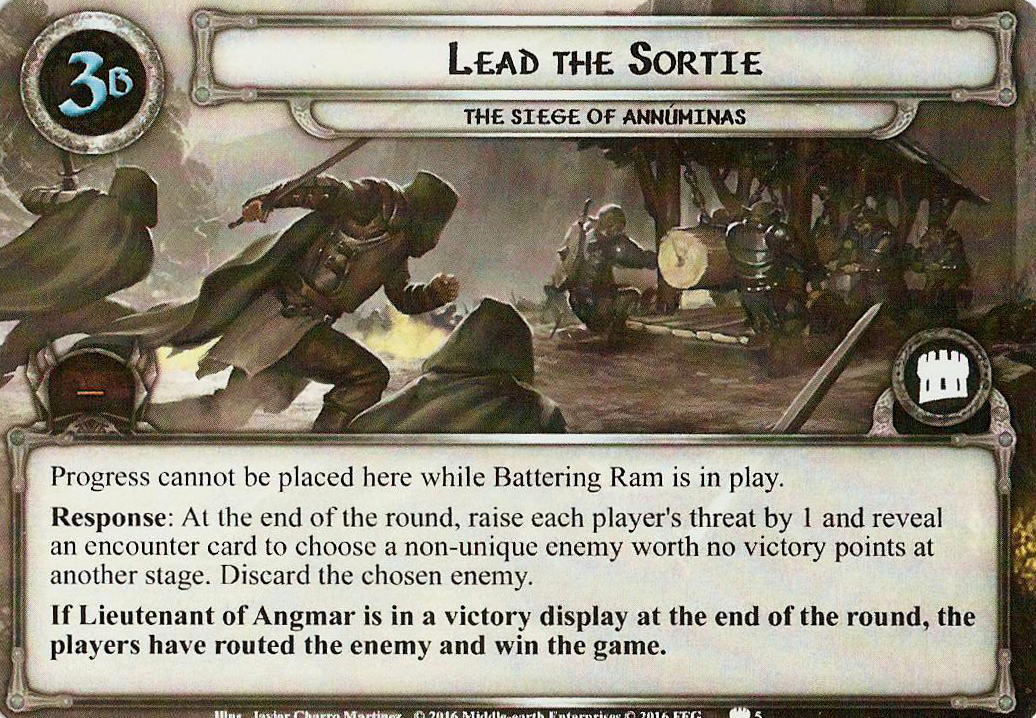 You've held back the host of Angmar, but a dark figure appears to lead the final assault. With a terrifying cry, he orders a battering ram against the gate. The old timbers won't endure for long, so you rally your troops for a desperate counter–attack. It's victory or death!

When Revealed: Shuffle the encounter discard pile into the encounter deck. The first player adds Battering Ram and Lieutenant of Angmar to the staging area. Each player reveals an encounter card.

Progress cannot be placed here while Battering Ram is in play.

Response: At the end of the round, raise each player's threat by 1 and reveal an encounter card to choose a non-unique enemy worth no victory points at another stage. Discard the chosen enemy.

If the Lieutenant of Angmar is in a victory display at the end of the round, the players have routed the enemy and win the game.