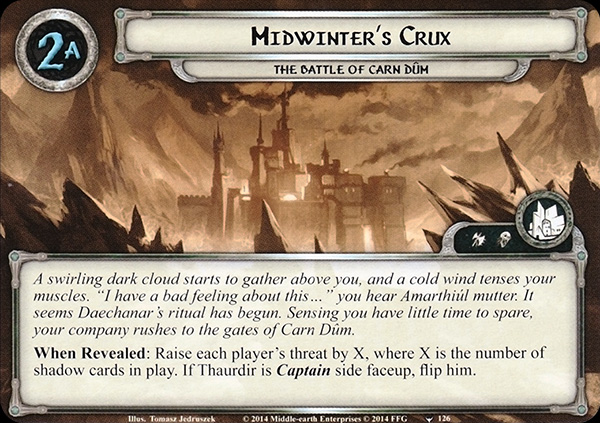 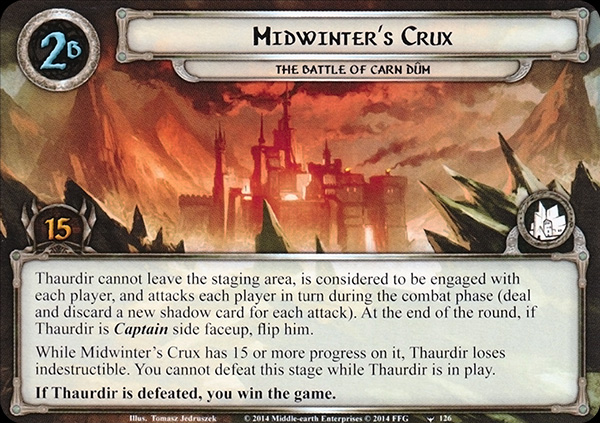 A swirling dark cloud starts to gather above you, and a cold wind tenses your muscles. "I have a bad feeling about this..." you hear Amarthiúl mutter. It seems Daechanar's ritual has begun. Sensing you have little time to spare, your company rushes to the gates of Carn Dûm

When Revealed: Raise each player's threat by X, where X is the number of shadow cards in play. If Thaurdir is Captain side faceup, flip him.

Thaurdir cannot leave the staging area, is considered to be engaged with each player, and attacks each player in turn during the combat phase (deal and discard a new shadow card for each attack). At the end of the round, if Thaurdir is Captain side faceup, flip him.

While Midwinter's Crux has 15 or more progress on it, Thaurdir loses indestructible. You cannot defeat this stage while Thaurdir is in play.

If Thaurdir is defeated, you win the game