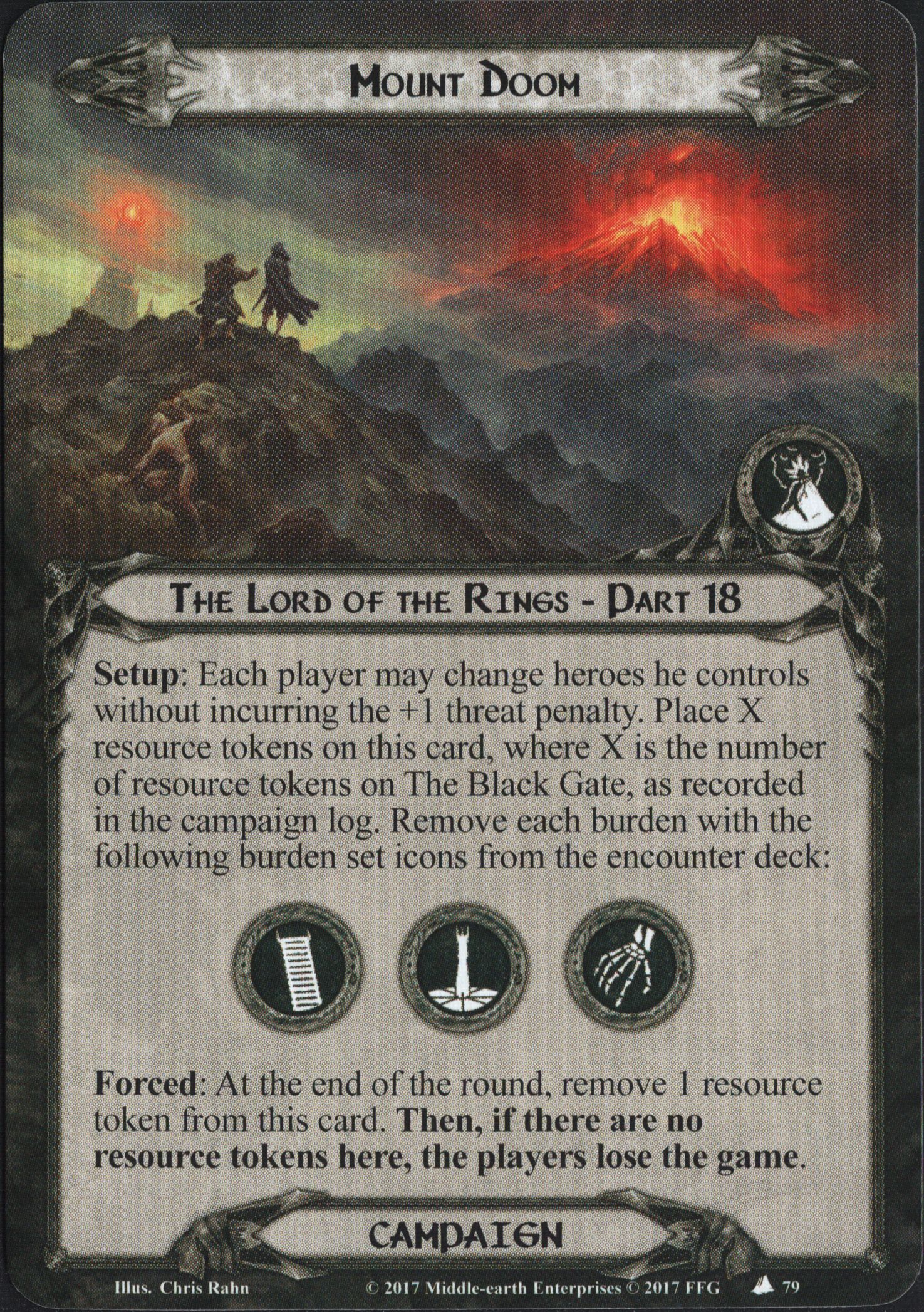 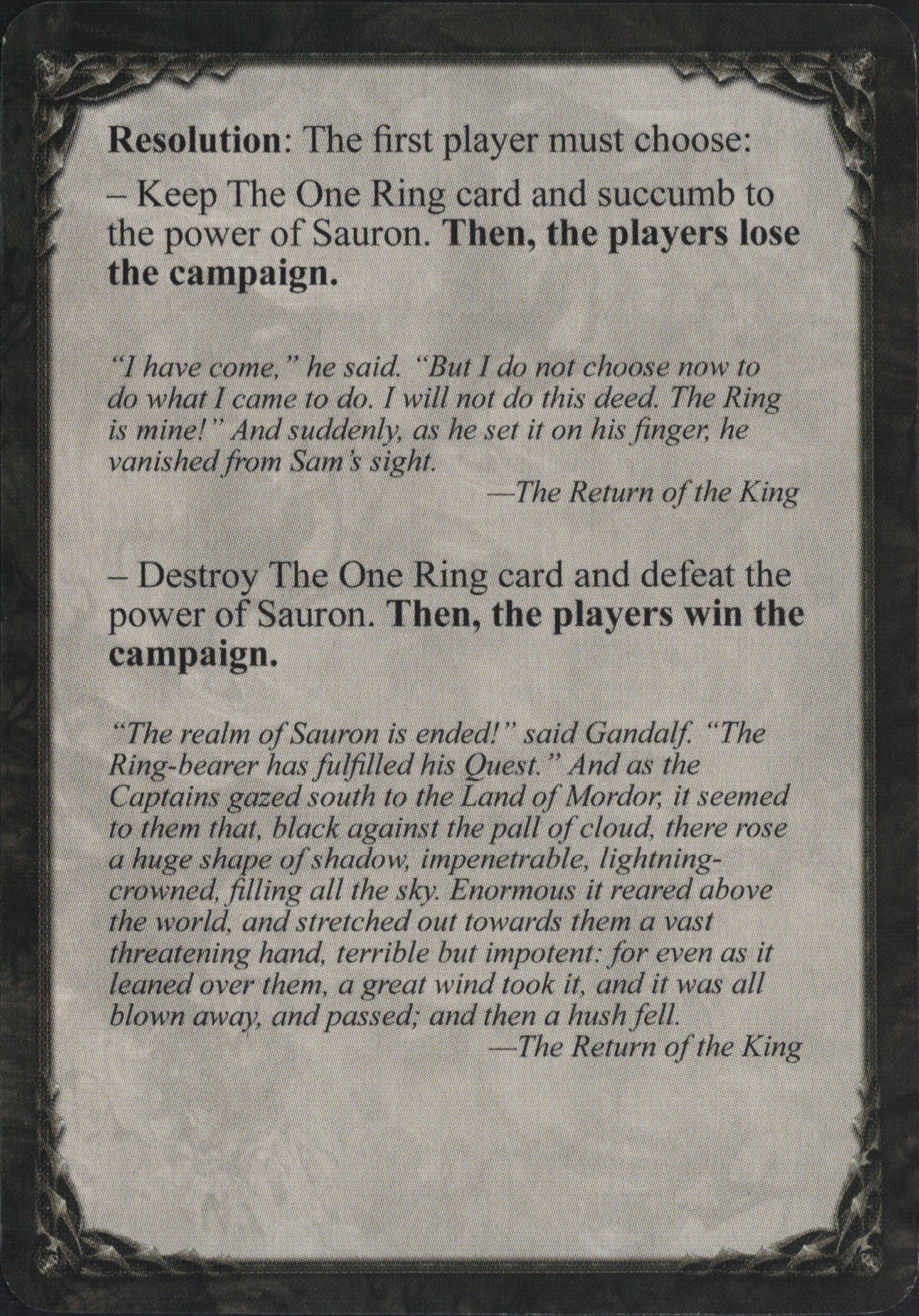 Setup: Each player may change heroes he controls without incurring the +1 threat penalty. Place X resource tokens on this card, where X is the number of resource tokens on The Black Gate , as recorded in the campaign log. Remove each burden with the following burden set icons from the encounter deck: Helm's Deep, The Road to Isengard , The Passing of the Grey Company

Forced: At the end of the round, remove 1 resource token from this card. Then, if there are no resource tokens here, the players lose the game.

Resolution: The first player must choose: - Keep The One Ring card and succumb to the power of Sauron. Then, the players lose the campaign.

- Destroy The One Ring card and defeat the power of Sauron. Then, the players win the campaign.

"I have come," he said. "But I do not choose to do what I came to do. I will not do this deed. The Ring is mine!" And suddenly, as he set it on his finger, he vanished from Sam's sight.
-The Return of the King
"The realm of Sauron is ended!" said Gandalf. "The Ring-bearer has fulfilled his Quest." And as the Captains gazed south to the Land of Mordor, it seemded to them that, black against the pall of cloud, there rose a huge shape of shadow, impenetrable, lightning-crowned, filling all the sky. Enormous it reared above the world, and stretched out towards them a vast threatening hand, terrible but impotent: for even as it leaned over them, a great wind took it, and it was all blown away, and passed; and then a hush fell.
-The Return of the King