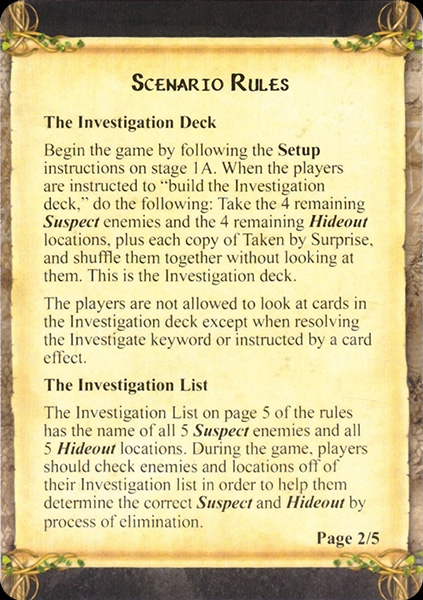 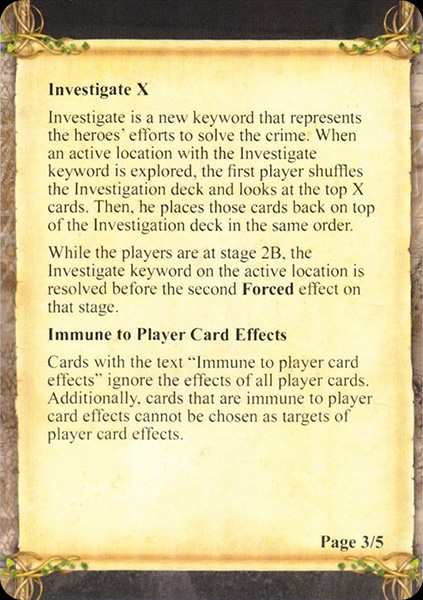 The Investigation List on page 5 of the rules has the name of all 5 Suspect enemies and all 5 Hideout locations. During the game, players should check enemies and locations off of their Investigation list in order to help them determine the correct Suspect and Hideout by process of elimination.

While the players are at stage 2B, the Investigate keyword on the active location is resolved before the second Forced effect on that stage.