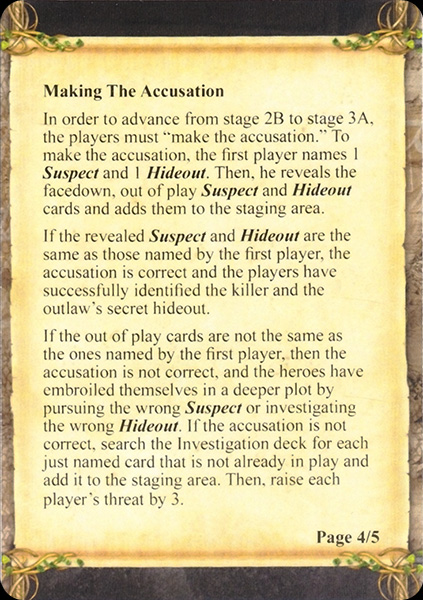 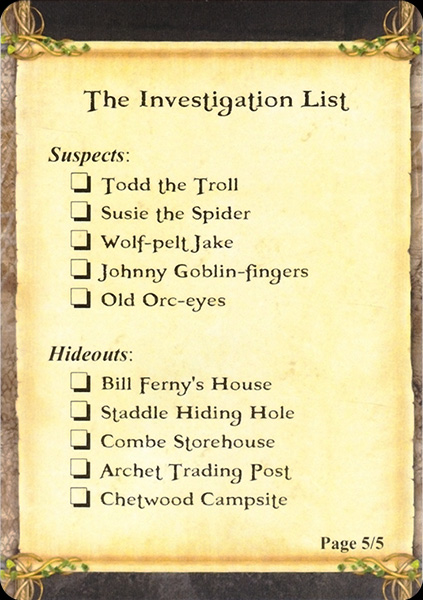 In order to advance from stage 2B to 3A, the players must "make an accusation." To make the accusation, the first player names 1 Suspect and 1 Hideout. Then, he reveals the facedown, out of play Suspect and Hideout cards and adds them to the staging area.

If the revealed Suspect and Hideout are the same as those named by the first player, the accusation is correct and the players have successfully identified the killer and the outlaw's secret hideout.

If the out of play cards are not the same as the ones named by the first player, then the accusation is not correct, and the heroes have embroiled themselves in a deeper plot by pursuing the wrong the wrong Suspect or ivestigating the wrong Hideout. If the accusation is not correct, search the Investigation deck for each just named card that is not already in play and add it to the staging area. Then, raise each player's threat by 3.