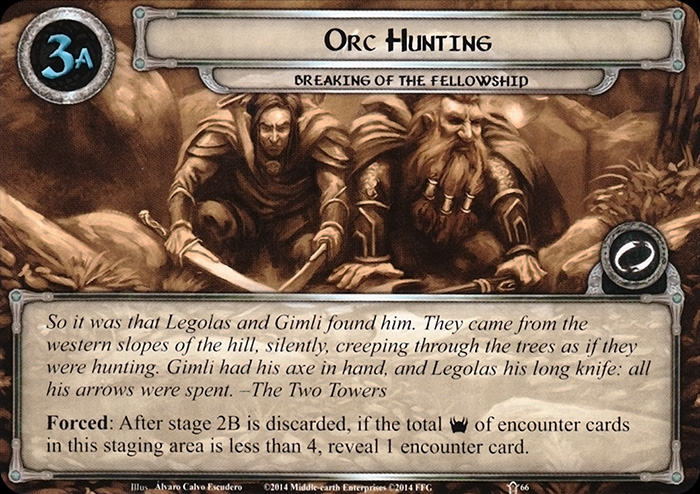 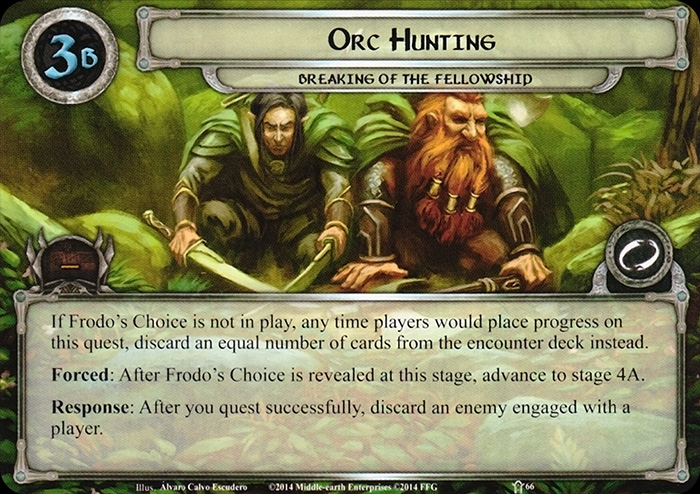 
So it was that Legolas and Gimli found him. They came from the western slopes of the hill, silently, creeping through the trees as if they were hunting. Gimli had his axe in hand, and Legolas his long knife: all his arrows were spent. -The Two Towers

If Frodo's Choice is not in play, any time players would place progress on this quest, discard an equal number of cards from the encounter deck instead.

Forced: After Frodo's Choice is revealed at this stage, advance to stage 4A.

Response: After you quest successfully, discard an enemy engaged with a player.