Retreat from Osgiliath
The Flame of the West#74 (x1) 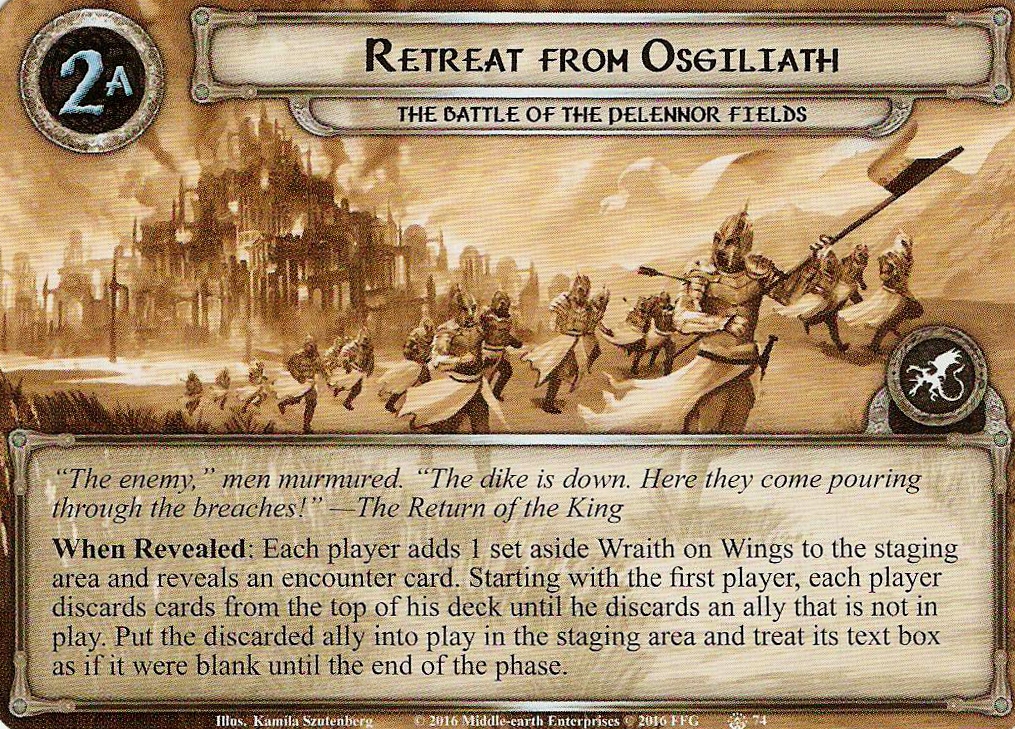 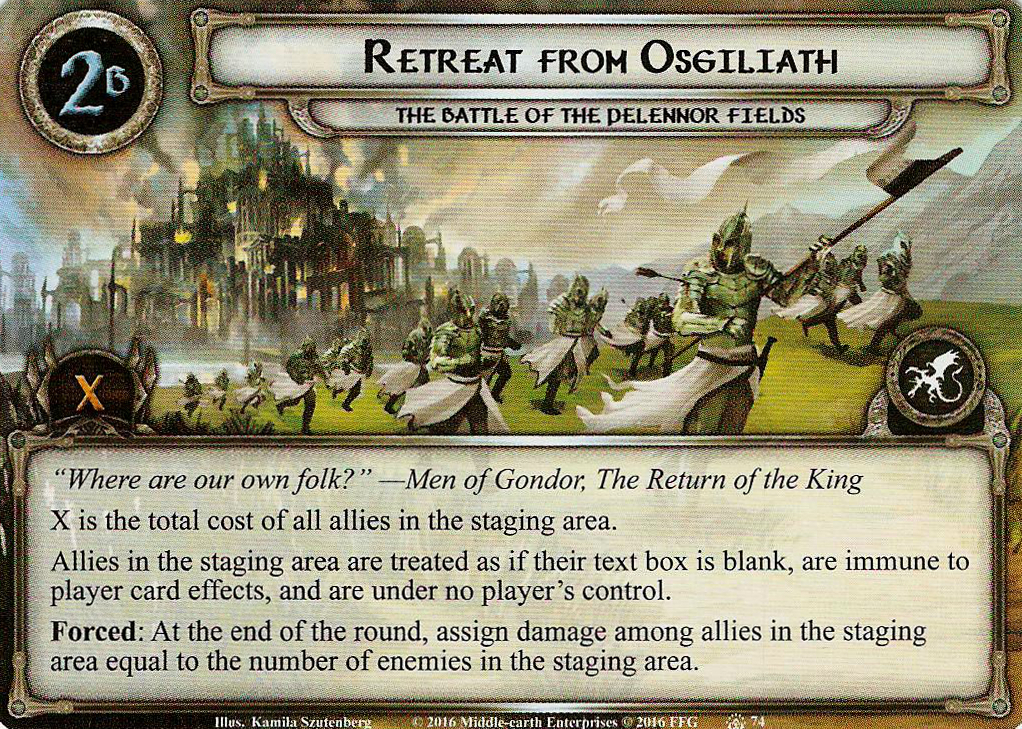 2A-B (X)
When Revealed: Each player adds 1 set aside Wraith on Wings to the staging area and reveals an encounter card. Starting with the first player, each player discards cards from the top of his deck until he discards an ally that is not in play. Put the discarded ally into play in the staging area and treat its text box as if it were blank until the end of the phase.


"The enemy," men murmured. "The dike is down. Here they come pouring through the breaches!" -The Return of the King

X is the total cost of all allies in the staging area.

Allies in the staging area are treated as if their text box is blank, are immune to player card effects, and are under no player's control.

"Where are our own folk?" -Men of Gondor, The Return of the King