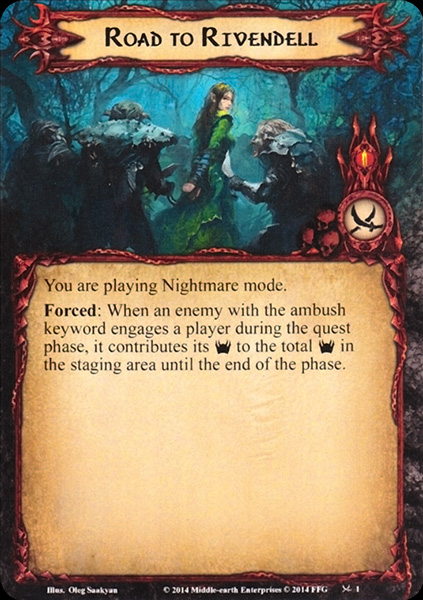 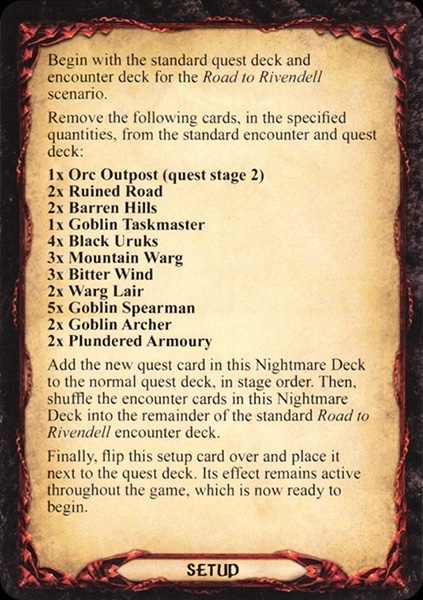 You are playing in Nightmare mode. Forced: When an enemy with the ambush keyword engages a player during the quest phase, it contributes its

in the staging area until the end of the phase.

Begin with the standard quest deck and encounter deck for the Road to Rivendell scenario.

Remove the following cards, in the specified quantities, from the standard encounter and quest deck: