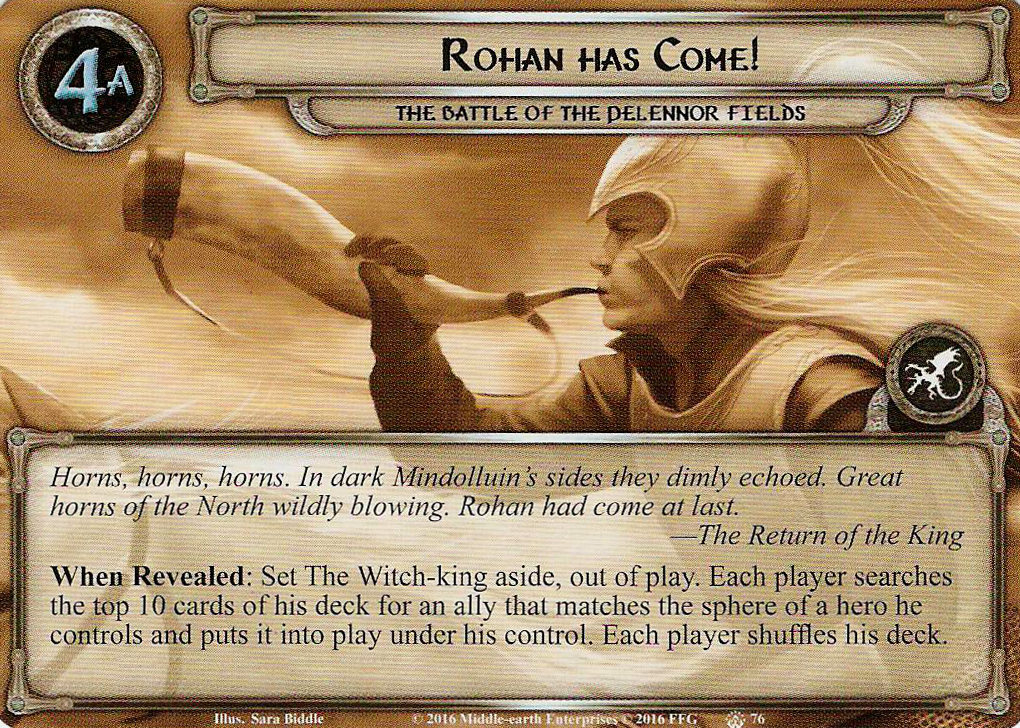 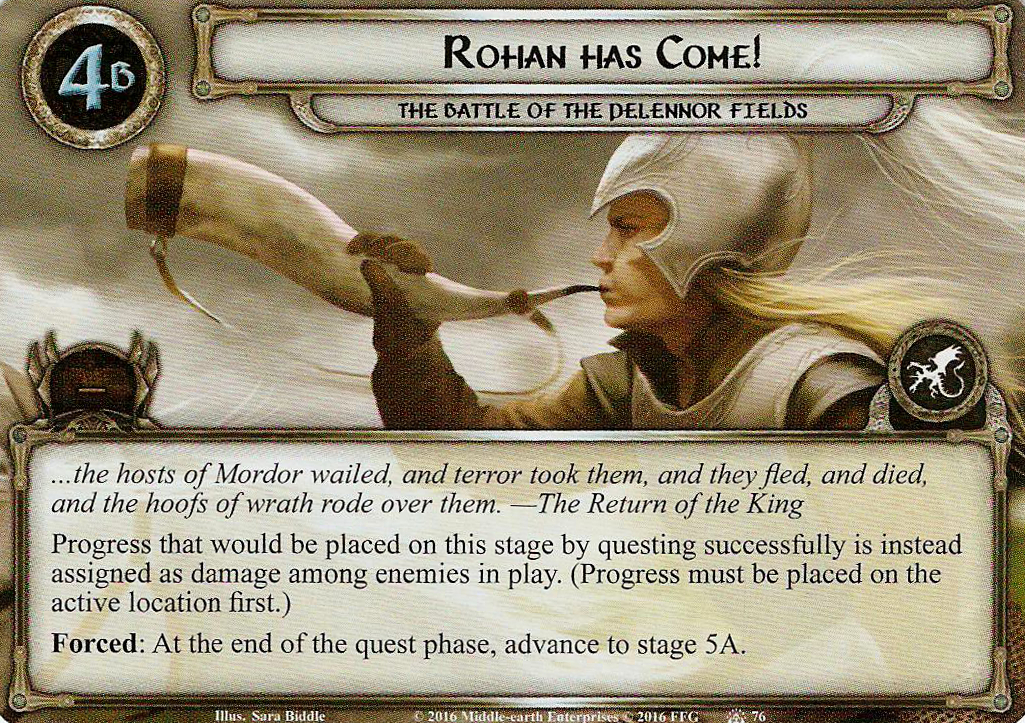 4A-B (-)
When Revealed: Set the Witch-king aside, out of play. Each player searches the top 10 cards of his deck for an ally that matches the sphere of a hero he controls and put it into play under his control. Each player shuffles his deck.


Horns, horns, horns. In dark Mindolluin's sides they dimly echoed. Great horns of the North wildly blowling. Rohan had come at last.
-The Return of the King

Progress cannot be placed on this stage by questing successfully is instead assigned as damage among enemies in play. (Progress must be placed on the active location first.)

Forced: At the end of the quest phase, advance to stage 5A.

...the hosts of Mordor wailed, and terror took them, and they fled, and died, and the hoofs of wrath rode over them. -The Return of the King