Scattered Among the Hills
The Lost Realm#69 (x1) 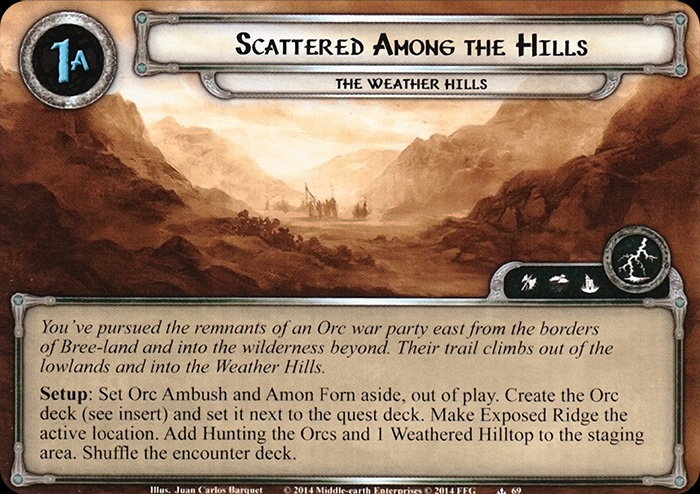 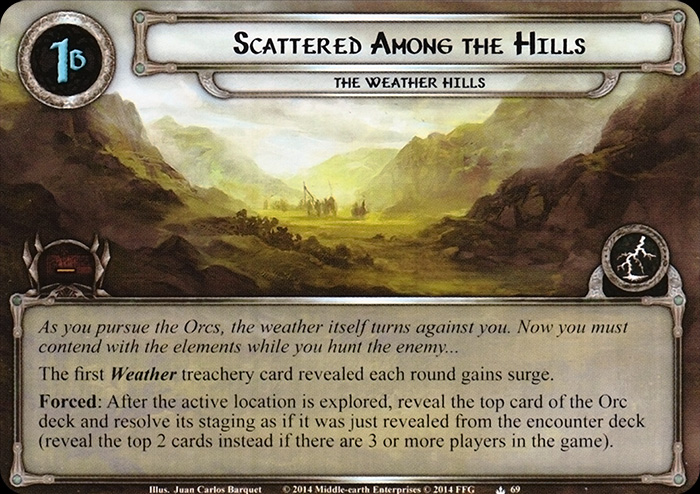 You've pursued the remnants of an Orc war party east from the borders of Bree–land and into the wilderness beyond. Their trail climbs out of the lowlands and into the Weather Hills.

Setup: Set Orc Ambush and Amon Forn aside, out of play. Create the Orc deck (see insert) and set it next to the quest deck. Make Exposed Ridge the active location. Add Hunting the Orcs and 1 Weather Hilltop to the staging area. Shuffle the encounter deck.

As you pursue the Orcs, the weather itself turns against you. Now you must contend with the elements while you hunt the enemy.

The first Weather treachery card revealed each round gains Surge.surge.

Forced: After the active location is explored, reveal the top card of the Orc deck and resolve it as if it was just revealed from the encounter deck (reveal the top 2 cards instead if there are 3 or more players in the game).