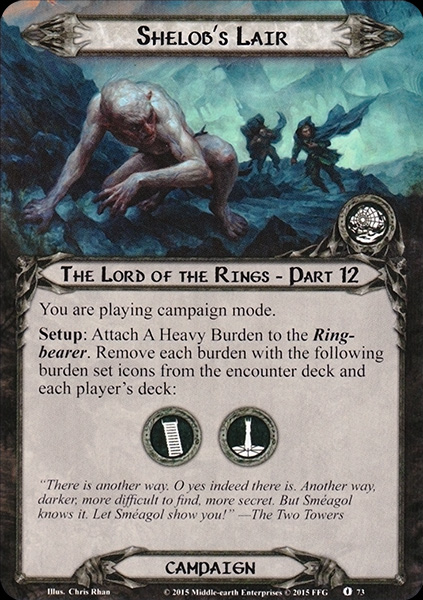 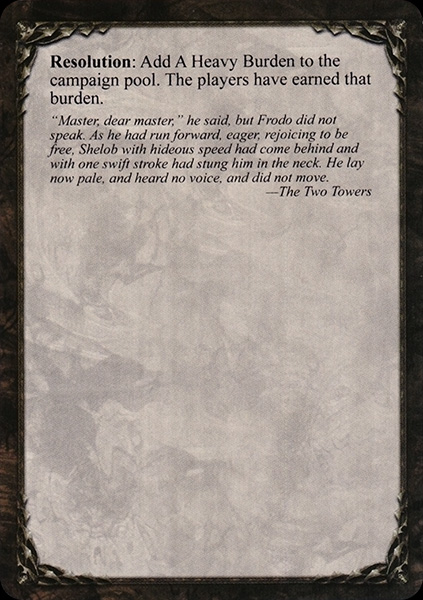 You are playing campaign mode.

Setup: Attach A Heavy Burden to the Ring-bearer. . Remove each burden with the following burden set icons from the encounter deck and each player’s deck: Helm’s Deep, The Road to Isengard


"There is another way. O yes indeed there is. Another way, darker, more difficult to find, more secret. But Sméagolnknows it. Let Sméagol show you!" —The Two Towers

Resolution: Add a Heavy Burden to the campaign pool. The players have earned that burden.

"Master, dear master," he said, but Frodo did not speak. Ass hehad run forward, eager, rejoicing to be free, Shelob with hideous speed had come behind and with one swift stroke had stung him in the neck. He lay now pale, and heard no voice, and did not move.
–The Two Towers