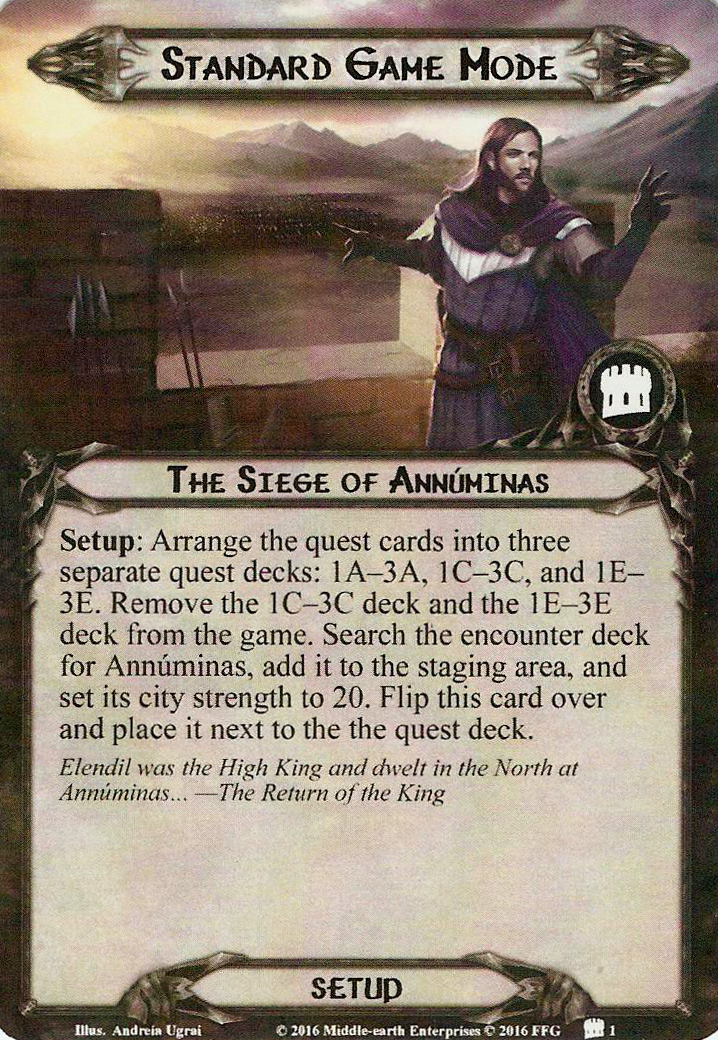 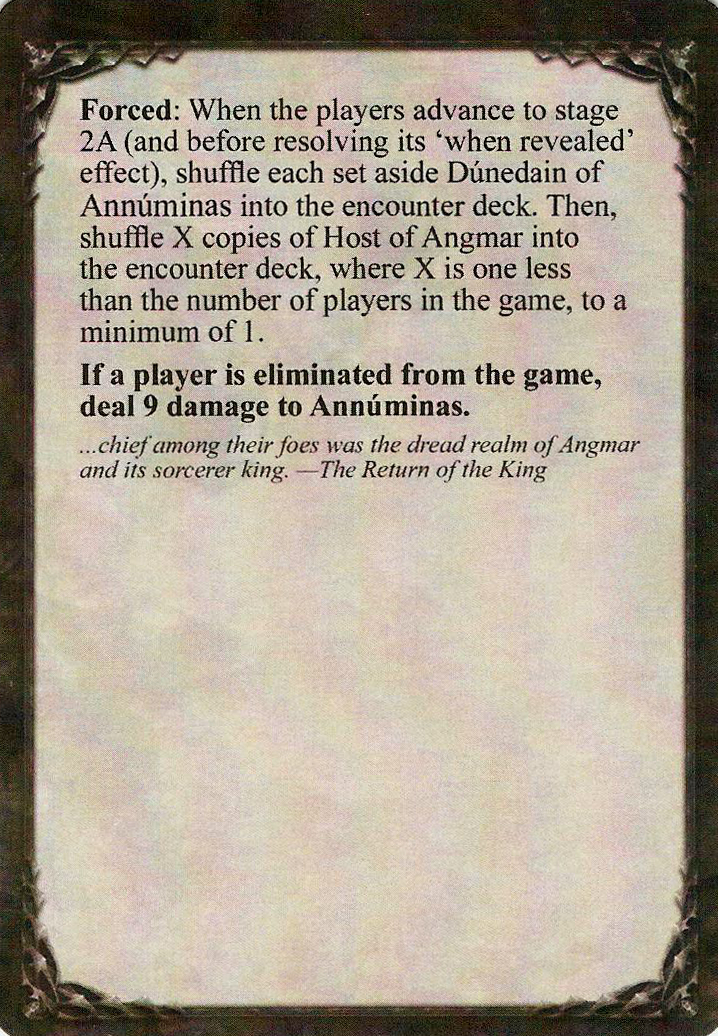 Setup: Arrange the quest cards into three separate quest decks: 1A-3A, 1C-3C, and 1E-3E. Remove the 1C-3C deck and 1E-3E deck from the game. Search the encounter deck for Annúminas, add it to the staging area, and set its city strength to 20. Flip this card over and place it next to the quest deck.

Elendil was the High King and dwelt in the North at Annúminas... –The Return of the King

Forced: When the players advance to stage 2A (and before resolving its 'when revealed' effect), shuffle each set aside Dúnedain of Annúminas into the encounter deck. Then shuffle X copies of Host of Angmar into the encounter deck, where X is one less than the number of players in the game, to a minimum of 1.If a player is eliminated from the game, deal 9 damage to Annúminas.

...chief among their foes was was the dread realm of Angmar and its sorcerer king.
–The Return of the King