Storm the Castle
No Quarter
The Fortress of Nurn #163 (x1) 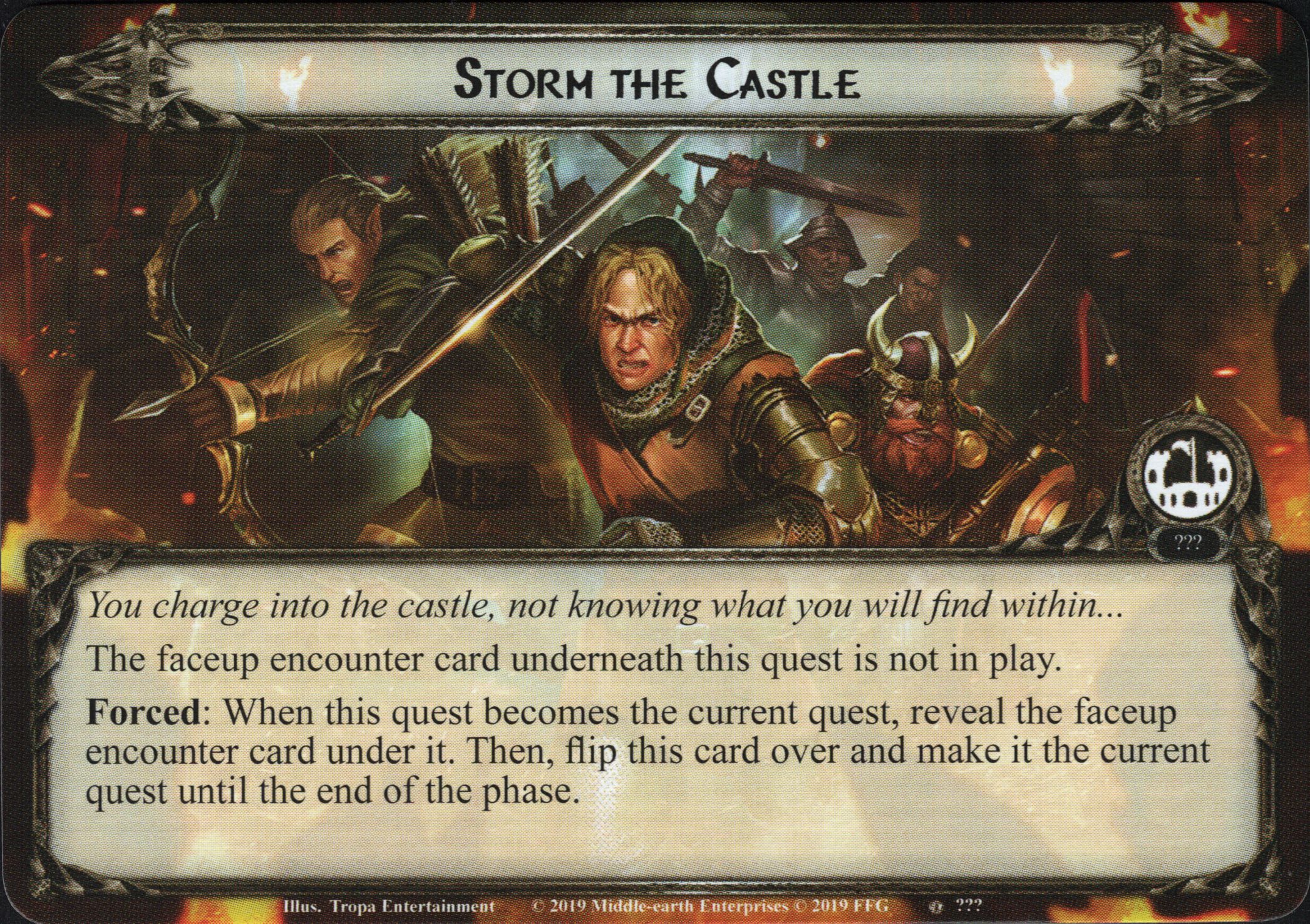 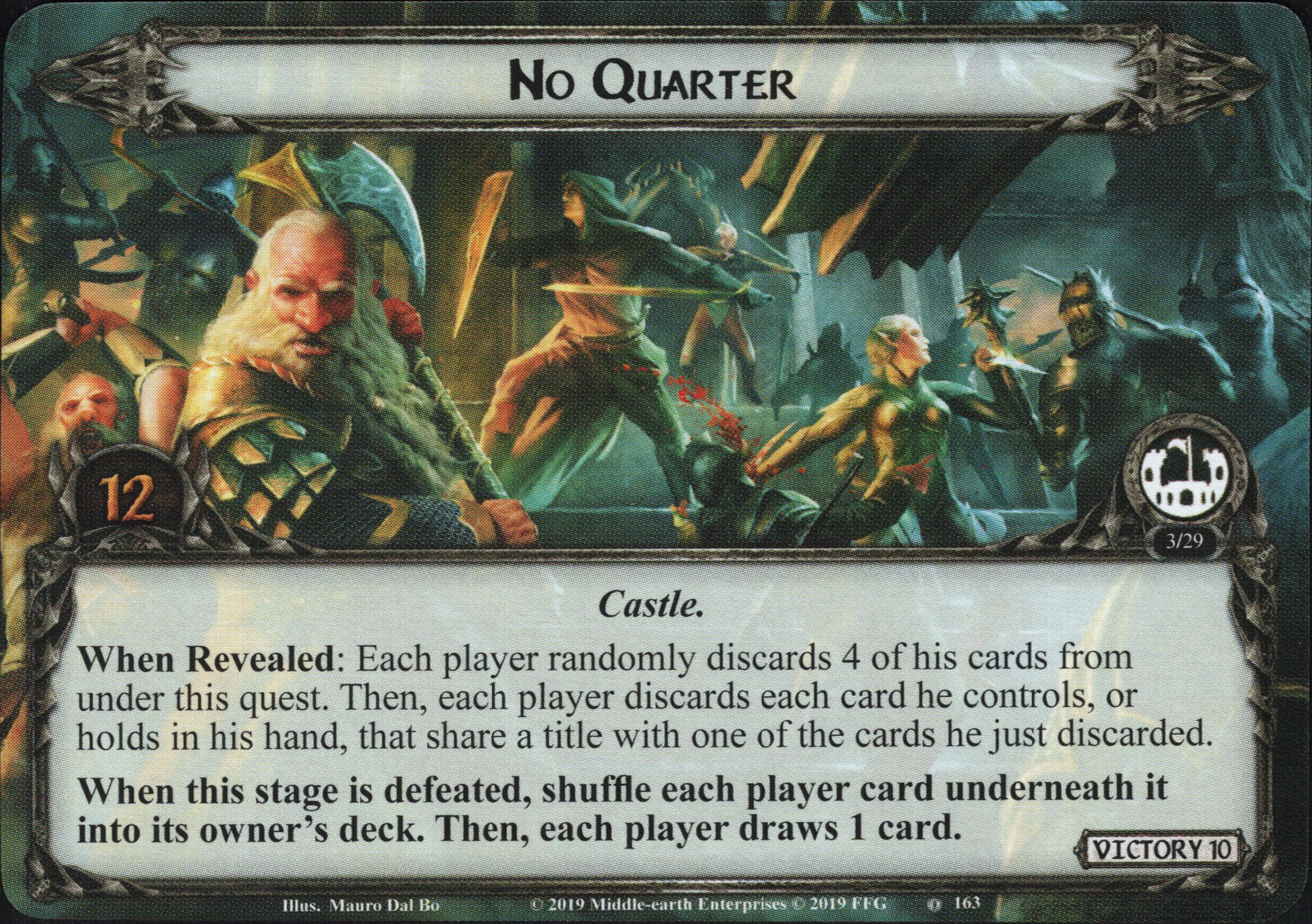 You charge into the castle, not knowing what you will find within...

The faceup encounter card underneath this quest is not in play.

When Revealed: Each player randomly discards 4 of his cards from under this quest. Then, each player discards each card he controls, or holds in his hand, that share a title with one of the cards he just discarded.

When this stage is defeated, shuffle each player card underneath it into its owner's deck. Then, each player draws 1 card.