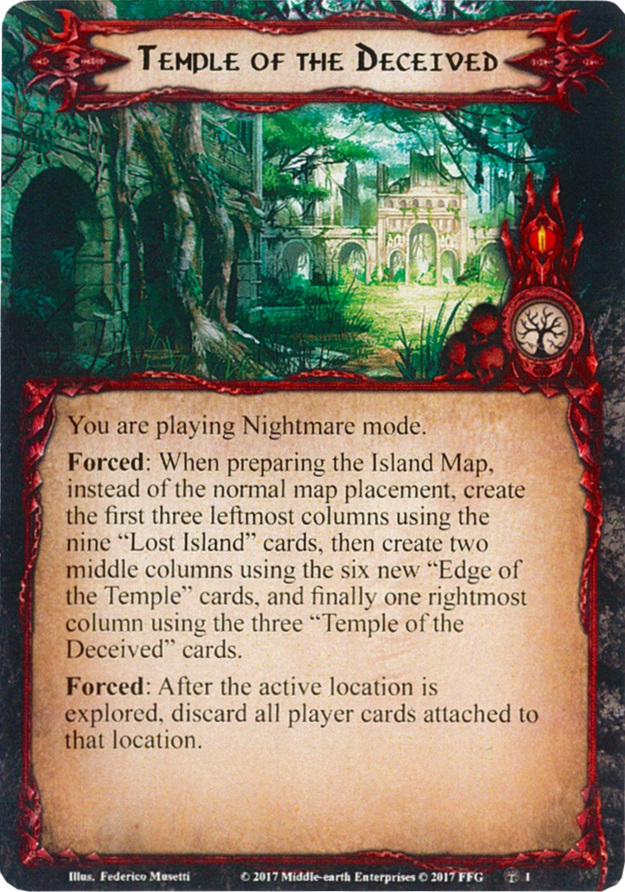 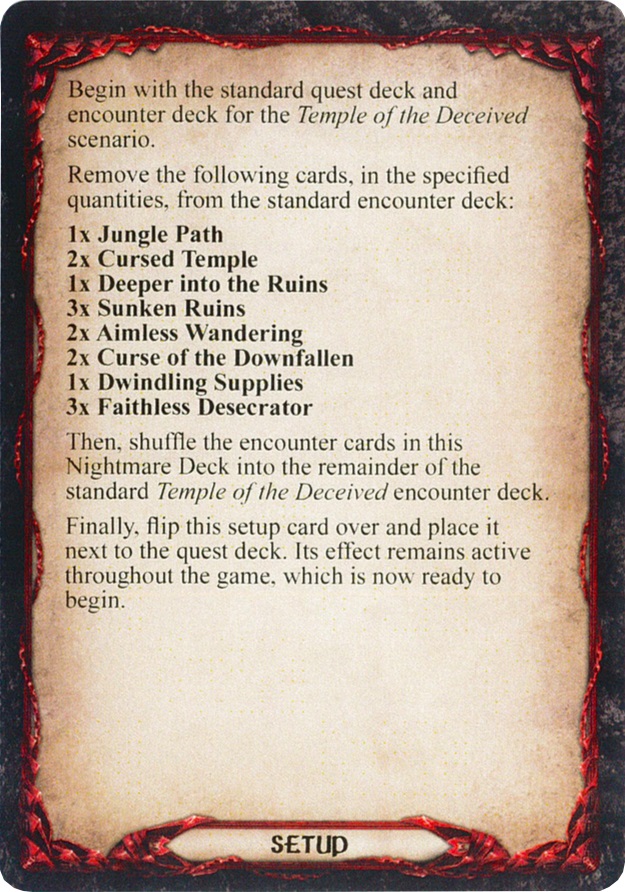 Forced: When preparing the Island Map, instead of the normal map placement, create the first three leftmost columns using the nine “Lost Island” cards, then create two middle columns using the siz new “Edge of the Temple” cards, and finally one rightmost column using the three “Temple of the Deceived” cards.

Forced: After the active location is explored, discard all player cards attached to that location.

Begin with the standard quest deck and encounter deck for the Temple of the Deceived scenario.

Then shuffle the encounter cards in this Nightmare Deck into the remainder of the standard Temple of the Deceived encounter deck.