The Battle of Bywater
The Scouring of the Shire #4 (x1) 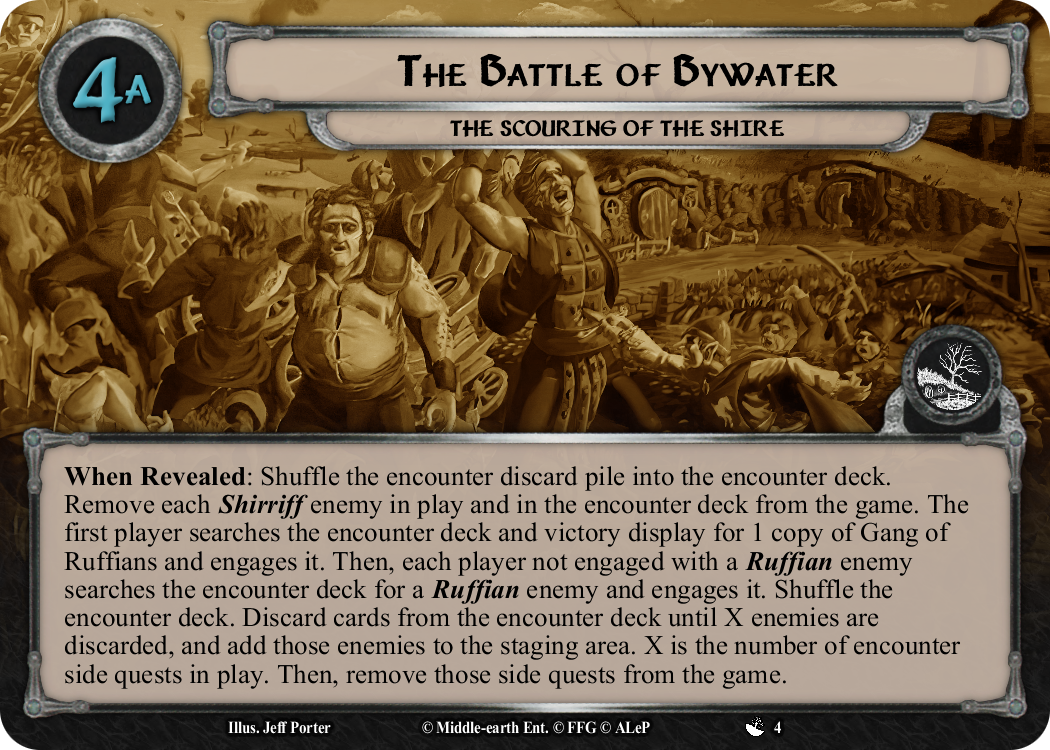 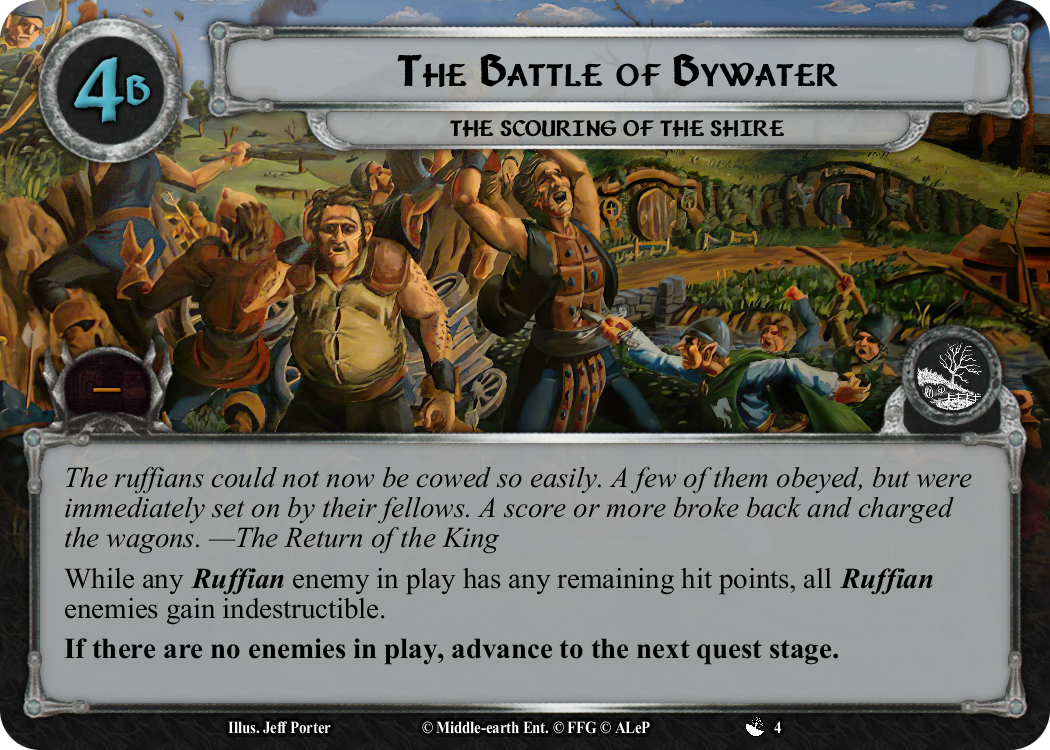 The ruffians could not now be cowed so easily. A few of them obeyed, but were immediately set on by their fellows. A score or more broke back and charged the wagons. —The Return of the King

While any Ruffian enemy in play has any remaining hit points, all Ruffian enemies gain indestructible.

If there are no enemies in play, advance to the next quest stage.