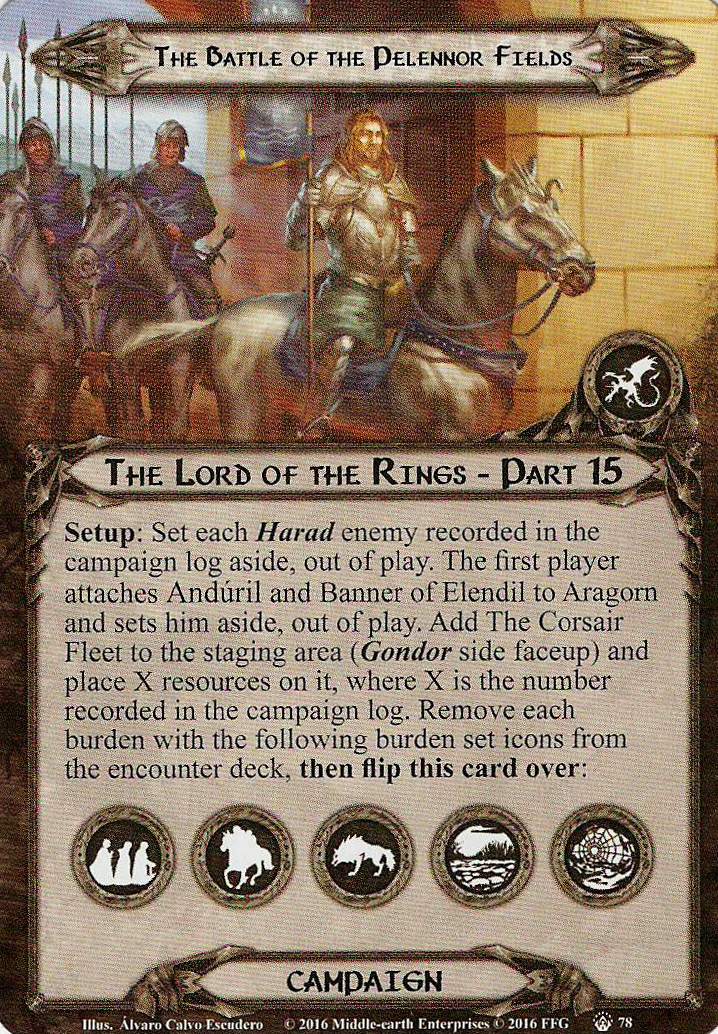 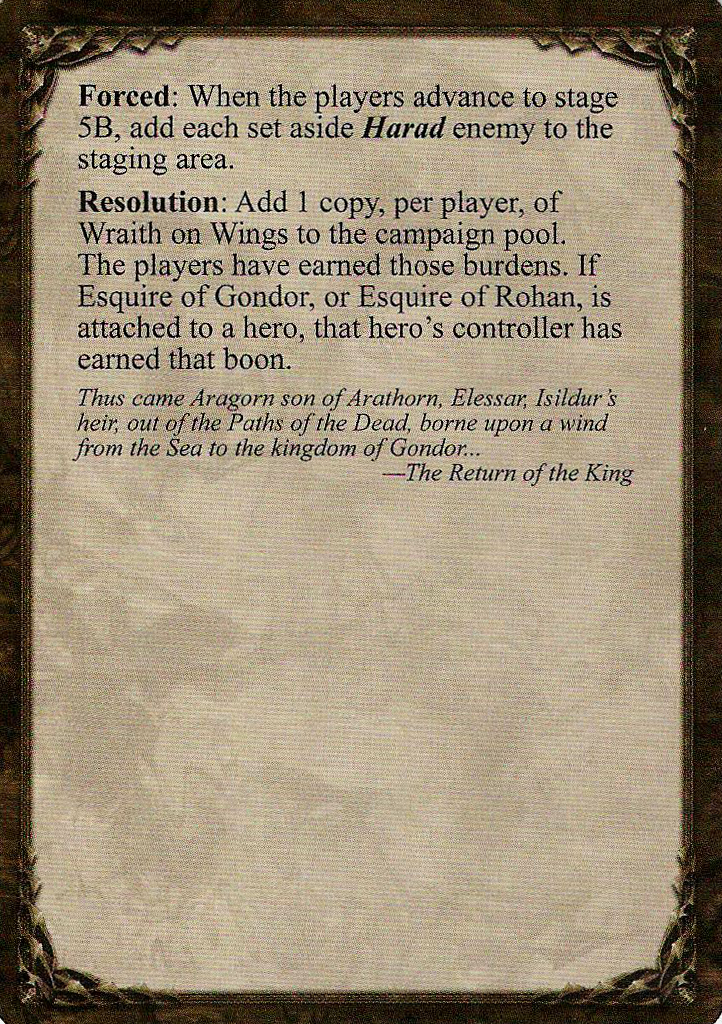 Setup: Set each Harad enemy recorded in the campaign log aside, out of play. The first player attaches Andúril and Banner of Elendil to Aragorn and set him aside, out of play. Add The Corsair Fleet to the staging area (Gondor side faceup) and place X resources on it, where X is the number recorded in the campaign log. Remove each burden with the following burden set icons from the encounter deck, then flip this card over.

Forced: When the players advance to stage 5B, add each set aside Harad enemy to the staging area.

Resolution: Add 1 copy, per player, of Wraith on Wings to the campaign pool. The players have earned those burdens. If Esquire of Gondor , or Esquire of Rohan , is attached to a hero, that hero's controller has earned that boon.

Thus came Aragorn son of Arathorn, Elessar, Isildur's heir, out of the Paths of the Dead, borne upon a wind from the Sea to the kingdom of Gondor.
-The Return of the King