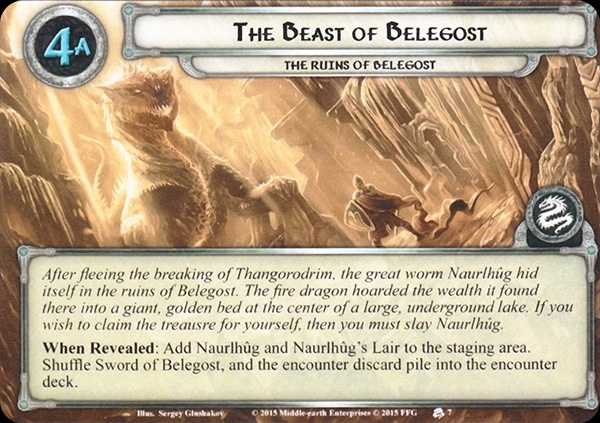 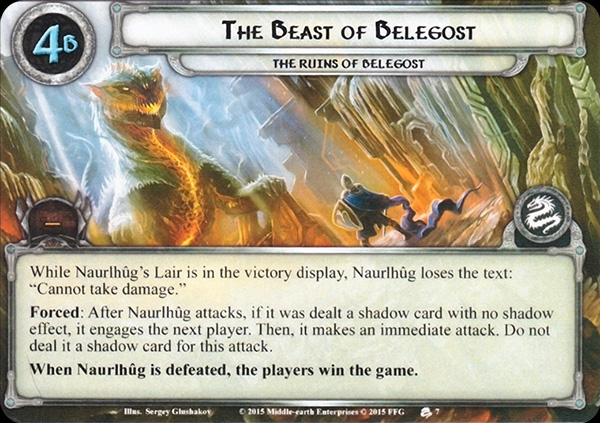 After fleeing the breaking of Thangorodrim, the great worm Naurlhûg hid itself in the ruins of Belegost. The fire dragon hoarded the wealth it found there into a giant, golden bed at the center of a large, underground lake. If you wish to claim the treasure for yourself, then you must slay Naurlhûg.

While Naurlhûg's Lair is in the victory display, Naurlhûg loses the text: "Cannot take damage."

Forced: After Naurlhûg attacks, if it was dealt a shadow card with no shadow effect, it engages the next player. Then, it makes an immediate attack. Do not deal it a shadow card for this attack.

When Naurlhûg is defeated, the players win the game.