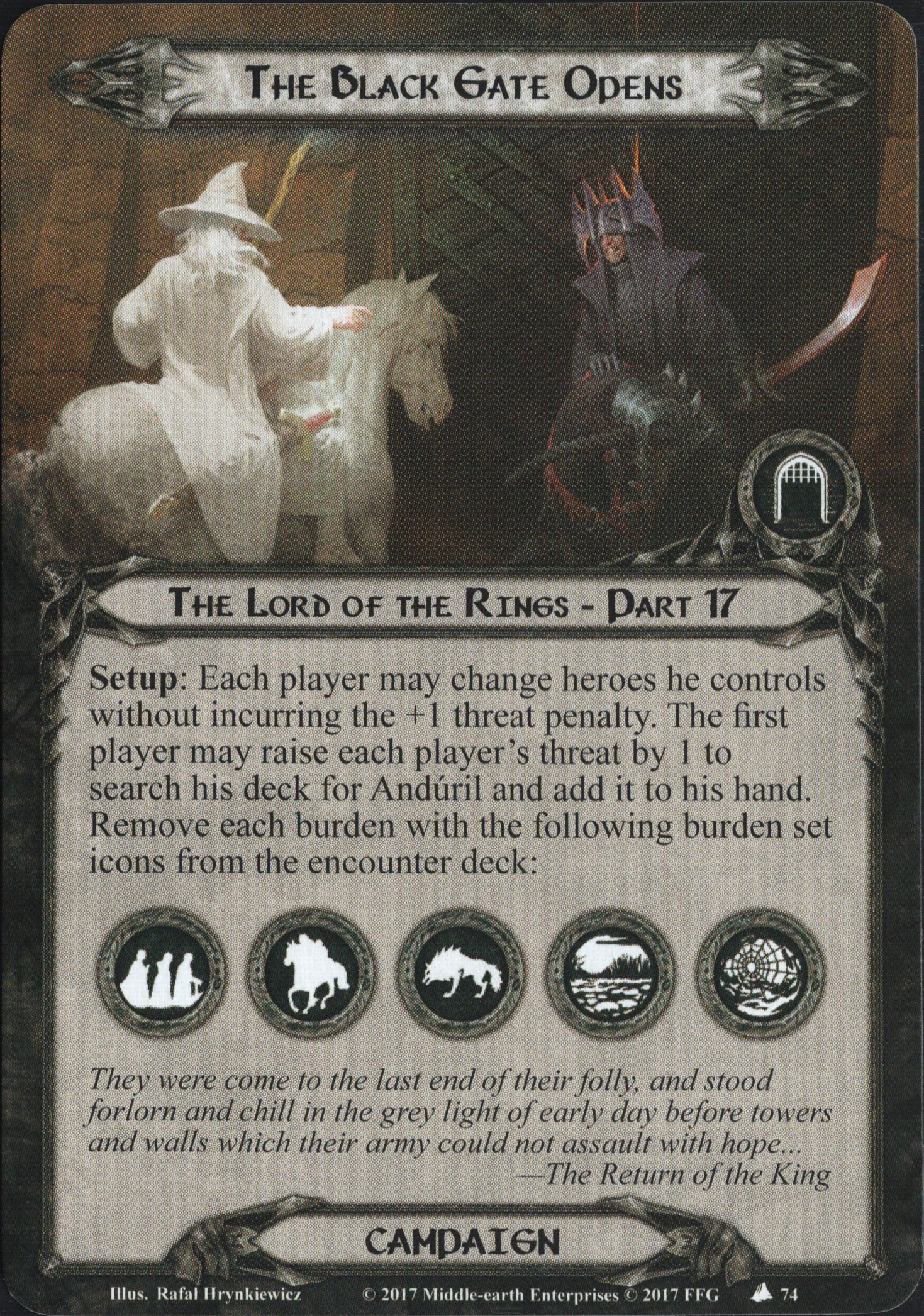 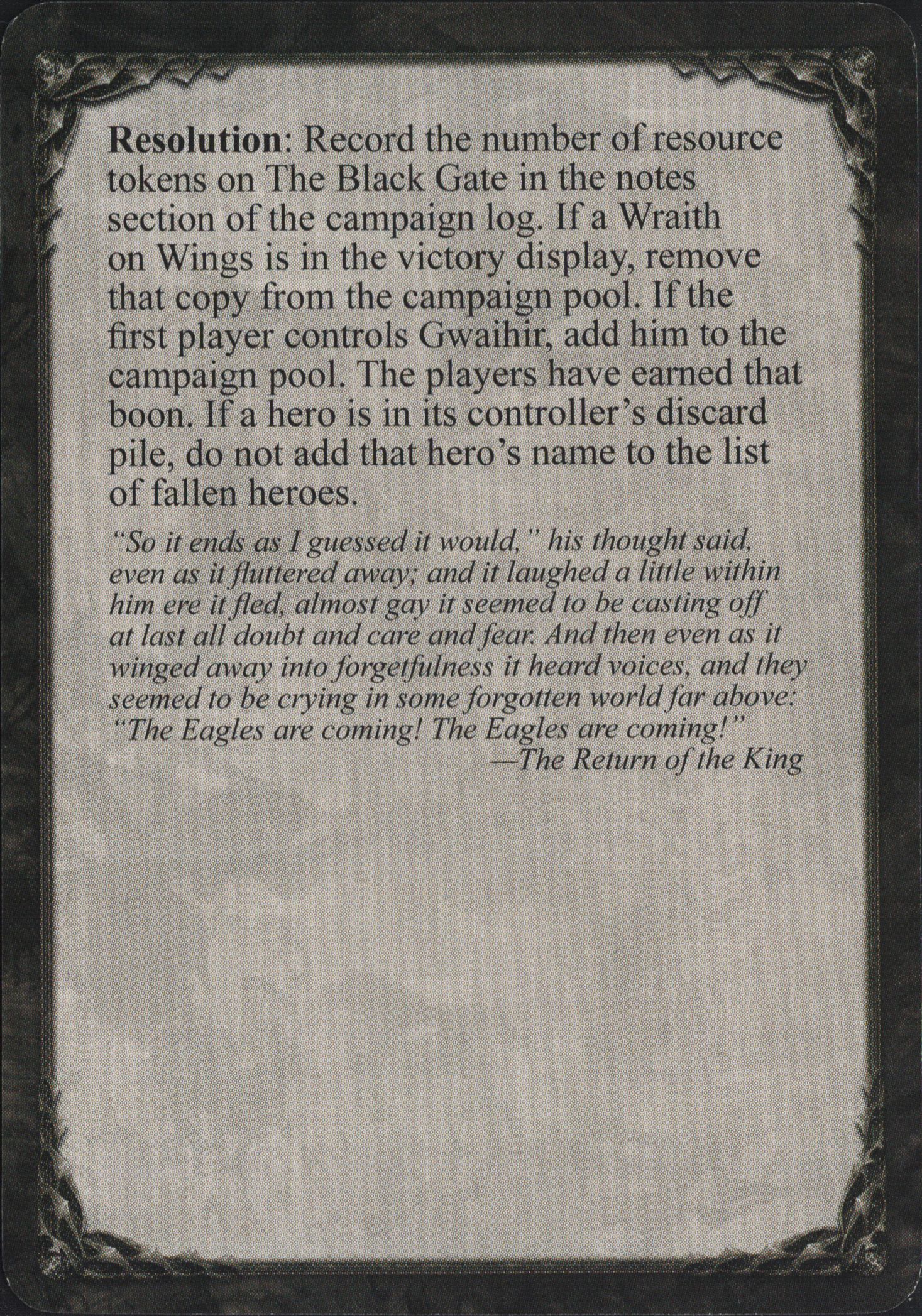 Setup: Each player may change heroes he controls without incurring the +1 threat penalty. The first player may raise each player's threat by 1 to search his deck for Anduril and add it to his hand. Remove each burden with the following burden set icons from the encounter deck: A Shadow of the Past, Flight to the Ford, The Ring Goes South, The Passage of the Marshes, Shelob's Lair


They were come to the last end of their folly, and stood forlorn and chill in the grey light of early day before towers and walls which their army could not assault with hope...
-The Return of the King

Resolution: Record the number of resource tokens on The Black Gate in the notes section of the campaign log. If a Wraith on Wings is in the victory display, remove that copy from the campaign pool. If the first player controls Gwaihir, add him to the campaign pool. The players have earned that boon. If a hero is in its controller's discard pile, do not add that hero's name to the list of fallen heroes.

"So it ends as I guessed it would," his thought said, even as it fluttered away; and it laughed a little within him ere it fled, almost gay it seemed to be casting off at last all doubt and care and fear. And then even as it winged away into forgetfulness it heard voices, and they seemed to be crying in some forgotten world far above: "The Eagles are coming! The Eagles are coming!"
-The Return of the King