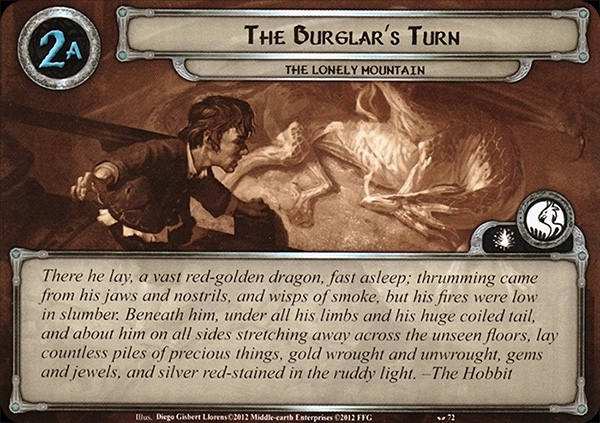 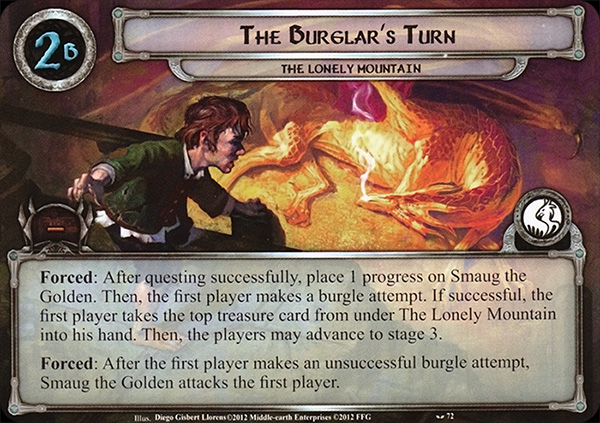 There he lay, a vast red–golden dragon, fast asleep; thrumming came from his jaws and nostrils, and wisps of smoke, but his fires were low in slumber. Beneath him, under all his limbs and his huge coiled tail, and about him on all sides stretching away across the unseen floors, lay countless piles of precious things, gold wrought and unwrought, gems and jewels, and silver red–stained in the ruddy light. –The Hobbit

Forced: After questing successfully, place 1 progress on Smaug the Golden. Then, he first player makes a burgle attempt. If successful, the first player takes the top card from under The Lonely Mountain into his hand. Then, the players may advance to stage 3.