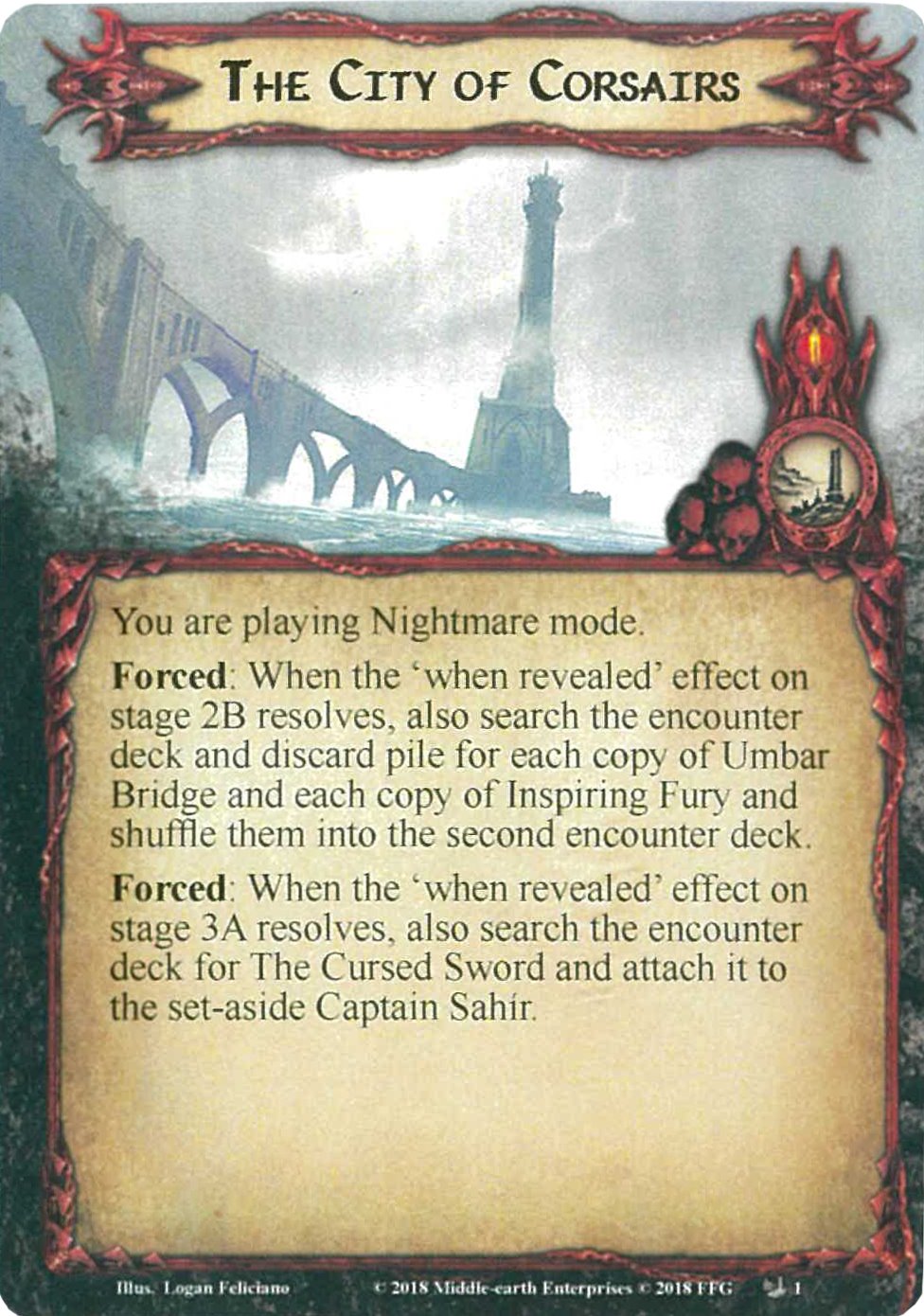 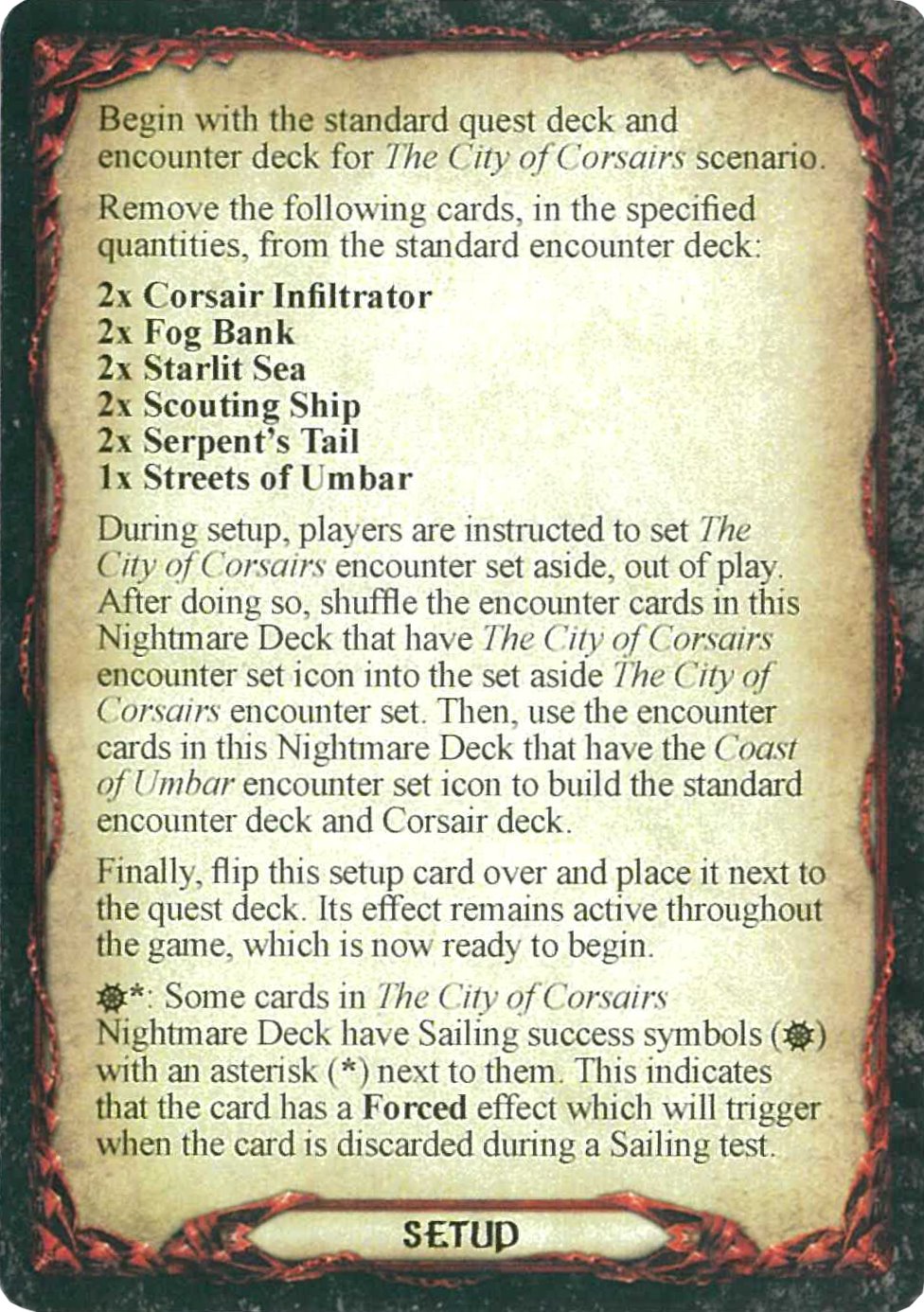 Forced: When the 'when revealed' effect on stage 3A resolves, also search the encounter deck for The Cursed Sword and attack it to the set-aside Captain Sahír.

Begin with the standard quest deck and encounter deck for The City of Corsairs scenario.

Remove the following card, in the specified quantities, from the standard encounter deck:

Finally, flip this setup card over and placr it next to the quest deck. Its effect remains active throughout the game, which is now ready to being.

Wheel*: Some cards in The City of Corsairs Nightmare Deck have Sailing success symbols (Wheel) with an asterisk (*) next to them. This indicates that the card has a Forced effect which will trigger when the card is discarded during a Sailing test.