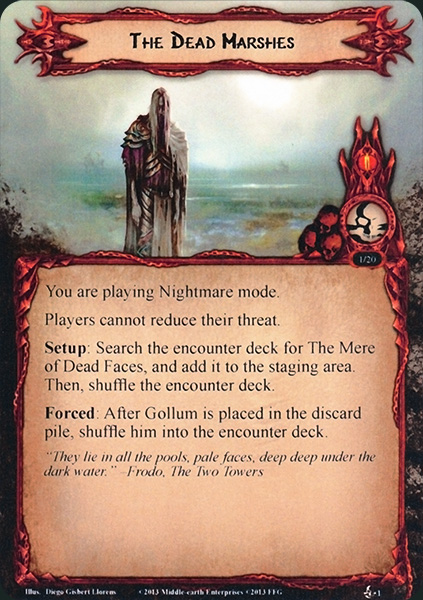 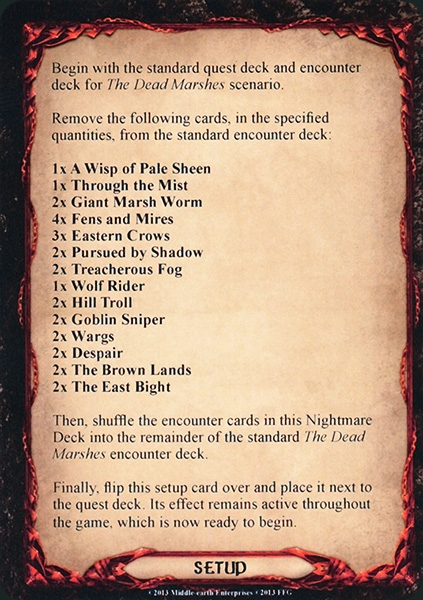 Forced: After Gollum is placed in the discard pile, shuffle him into the encounter deck.

"They lie in all the pools, pale faces, deep deep under the dark water." –Frodo, The Two Towers

Begin with the standard quest deck and encounter deck for The Dead Marshes scenario.

1x A Wisp of Pale Sheen

1x Through the Mist

Then, shuffle the encounter cards in this Nightmare Deck into the remainder of the standard The Dead Marshes encounter deck.